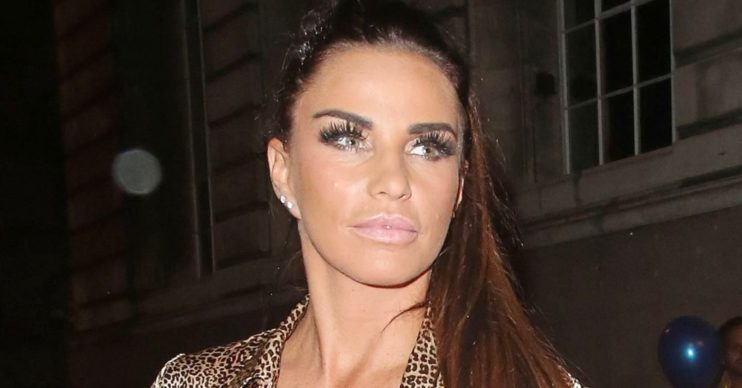 The mother-of-five is 'embarrassed' by her past behaviour

Katie Price has revealed she is one year sober after giving up alcohol in rehab.

The 42-year-old reality star is celebrating the personal milestone following her stint in The Priory last year.

At the time, Katie was battling post traumatic stress disorder, as well as her mum Amy’s incurable lung disease diagnosis.

What did Katie Price say about being sober?

Now, Katie revealed she is a “completely different person” after turning her back on booze.

Speaking on FUBAR Radio, she said: “Since I’ve been out of The Priory, I have not drunk nothing.

I’ve forgotten what it’s like to drink, and that’s not like me because I’m quite sociable and stuff

“And now I’ve forgotten what it’s like to drink, and that’s not like me because I’m quite sociable and stuff. Then obviously I was into the coke because I was self-medicating.”

The former glamour revealed she was at her lowest whilst serving as a panellist on Loose Women.

However, she insists she is feeling much better.

In addition, Katie shared: “People are hating it because I’m so assertive now. I’m back to how I was, and they don’t know how to handle me, cause they were so used to me for the last couple of years being down and being late for everything.

“It’s because I was struggling and I just never told anyone, but now I’m on fire.”

She added: “When I look at it all now I’m like, oh my God, I’m a completely different person now. What the hell?

“I’m actually embarrassed to how I’ve acted and stuff, but you know, that’s part and part of mental health. You can’t help it.”

Katie is also grateful for her new man Carl Woods, who she credits for helping her.

When did Katie check into The Priory?

Meanwhile, back in October, Katie bravely opened up on her rehab stint.

Taking to her official YouTube channel, the mum-of-five went into great detail of her struggles with mental health.

She explained: “I had thoughts of killing myself.

“That’s how bad it got for me but you guys don’t know that because Katie Price always puts on a brave face.”

Elsewhere, she spoke about self-medicating and that she felt she could trust absolutely no one.

Katie went on: “I wanted to keep everything in and couldn’t talk. I just wanted to sleep. I was weak and I let a drug get the better of me and I let people use me.

“Then I had a wakeup call… if I don’t get help I’m going to die or self destruct. l had lost me, the kids had lost their mum, nobody believed in me anymore.”

In recent weeks, Katie has been praised by fans following the success of her BBC documentary Harvey And Me.

During their programme, the star opened up on the struggles of raising her disabled son Harvey, 18.

In addition, Katie is reportedly in talks to appear as a regular on Steph’s Packed Lunch.