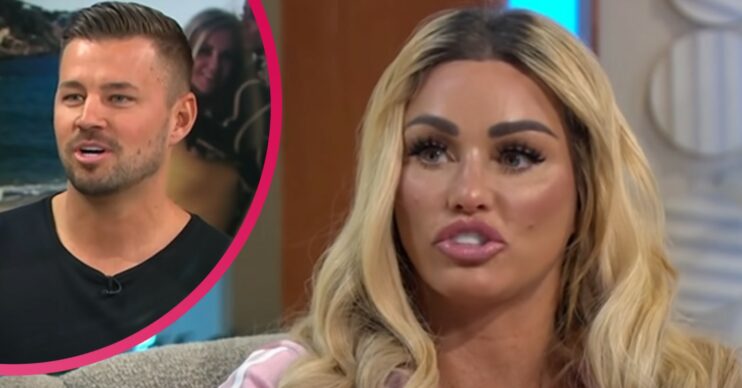 It's her big day this weekend

Katie Price has reportedly ‘begged’ for her fiancé Carl Woods to be added to the guest list for her sister’s wedding.

A source told The Sun: “Carl didn’t get an invite as things between him and Katie were looking rocky when the invites went out, but now him and Katie are back on track and he doesn’t have the court date coming up, Katie’s begging for him to be invited to the big day.

“But the guest list is tight and nobody wants any drama on Sophie’s big day.”

Katie spent last weekend celebrating her sister’s hen do, along with their mum Amy, Katie’s daughter Princess, and other family and friends.

Things haven’t been easy for Katie and former car salesman Carl, 32. Their relationship has been on and off over the last few months.

He received the charge following an alleged row with Katie in August last year.

Shortly after his charge became dropped, Carl took to Instagram to deliver a message.

He asked his followers if they remembered the case – “the one that was full of lies”.

He went on: “Making me out to be a woman beater, that one, I’m sure you all remember it because I certainly do.”

Saying he got “untold abuse” over it, Carl declared it was his “turn to talk”.

He said: “And let me tell you, get the [bleep]ing popcorn ready, because I am not going to hold back on this one.”

Carl added: “I told you I had proof and believe you me, everything I’ve got is coming. And it is gonna be an absolute blinder.”