She really doesn't know when to keep her gob shut!

Katie Price has been branded a bully after making a sly dig at Alex Reid’s cross-dressing.

Alex was furious with his ex-wife when she said meeting The Danish Girl star, Eddie Redmayne,”reminded her of someone”.

Eddie starred as one of the first known recipients of sex reassignment surgery, Lili Ebe.

Katie said: “I was talking to him about a scene in the movie because he played it so well. He really reminded me of someone I know.”

She was then asked: “So you were chatting cross dressing with Eddie Redmayne – and maybe cage fighting as well?”

Alex, who was married to the former glamour model for two year, took to Twitter to express his anger, he wrote: “@MissKatiePrice would think in 6yrs you’d of got bored talking about me. There’s a reason you why you have no real friends. 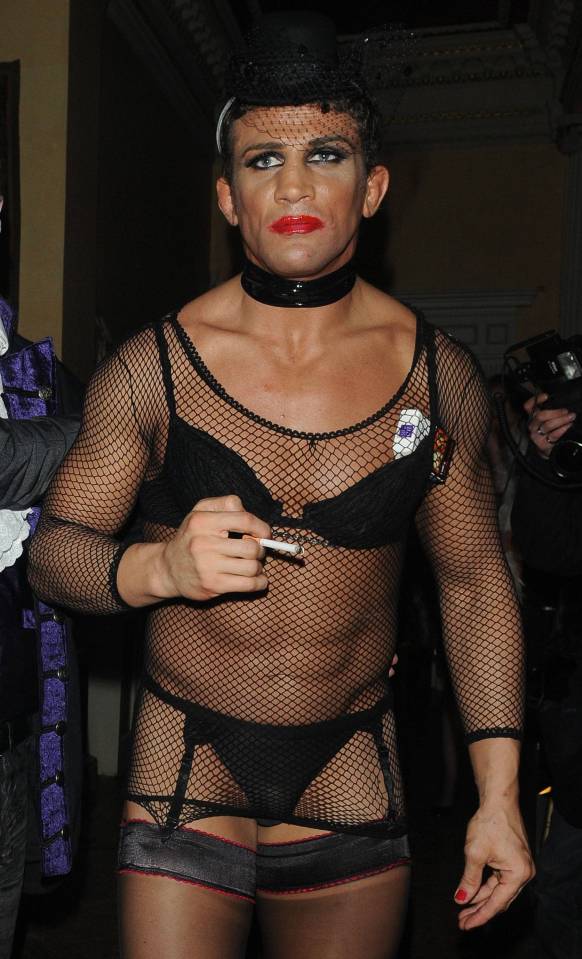 Alex also took aim at the Loose Women panellist claiming she should never have been hired.

He said: “I don’t think she sets a very good example to people who watch Loose Women.

“She is not someone who should represent and be a panellist.

“Katie brings absolute shame on the production, it is a shame on modern society and what we stand for and put up with.”

That’s when another one of Pricey’s former lovers stepped in.

Danny Cipriani defended his ex, saying she has every right to be on the daytime show.

He said: “People want to hear her opinion.

“Has she been a good mum? Yes I think a lot of people would say she has been.

“She has cared for them and in difficult situations she has remained a doting mother. She has a lot of fans in that sense.”