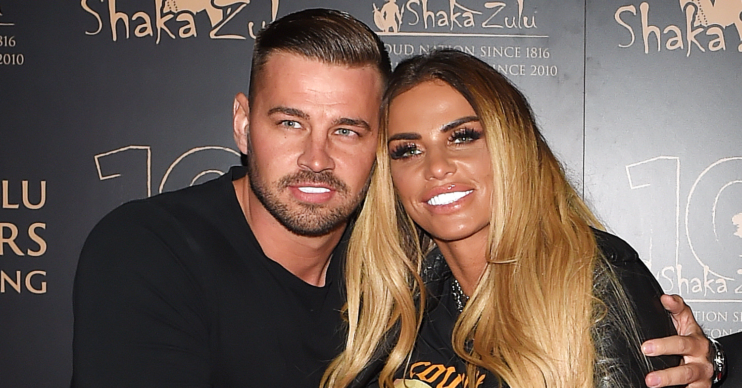 Carl Woods, the boyfriend of Katie Price, has revealed horrific abuse online from trolls who told him he “should be shot”.

Mum-of-five Katie, 42, has been seeing Carl for almost six months.

It’s been one of the great romance stories of 2020.

But as the two get closer and rumours of marriage and babies swirl around them, Carl has revealed happiness has come with a price.

What did boyfriend Carl Woods say about Katie Price trolls?

Speaking to The Sun newspaper, an emotional Carl said: “I’ve been trolled to [bleep] and had the most horrific things inboxed to me and said about me, just because I got myself a girlfriend.

“I’ve been told I should have been shot.

“I recently lost a family member and I was told they would be ashamed of me if they could see I was dating Katie. That is horrific.”

He also revealed that trolls have called Carl and Katie the ‘most hated couple in the UK’.

Carl said he hasn’t “seen anything like it” before.

What else have Katie and Carl been up to?

Despite the abuse, Carl and Katie’s relationship seems to be going from strength to strength.

Only last week, Katie shared an intimate selfie of the two lovebirds in bed together.

Read more: Katie Price ‘terrified’ of another divorce despite being ‘determined’ to get pregnant

Katie captioned the sweet photo: “No matter where we are together, our conversations and connection we have for each other is totally something I’ve never experienced!”

Why is Katie worried?

However, it’s claimed that Katie is terrified of another divorce.

“She thinks Carl is too good to be true, and is worried that this could end with another expensive divorce and heartbreak,” a source told Heat magazine.