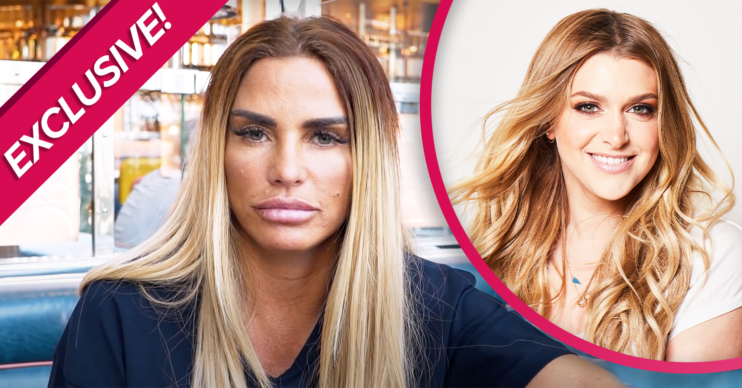 Anna told ED! no celeb is "beyond help"

She pulled out of Celebs Go Dating last summer but one of the stars of the show is keen for Katie Price to return to the agency.

Katie and then-boyfriend Kris Boyson were due to appear on the E4 show last year.

They’d filmed their scenes, but issues with Katie’s contract forced her to pull out of the show, resulting in producers cutting all their scenes.

However, one of the show’s dating gurus – Anna Williamson – told ED! she would welcome the one-time glamour model back with open arms.

Anna exclusively told ED!: “I think she needs a big virtual and in real life hug.

Read more: Anna Williamson reveals Alison Hammond is “one hell of a kisser”

Speaking to ED! after the final of Celebs Go Virtual Dating, Anna revealed she’d love to welcome Katie back to the show.

“I want Katie Price back,” she said.

So if ever the time is right for her and she wanted to, I would be very interested and keen to get Katie Price back in.

“I read the papers, I see she’s in a relationship again. She came in for a bit with her ex Kris Boyson but unfortunately couldn’t continue on the show due to contract reasons.

“So if ever the time is right for her and she wanted to, I would be very interested and keen to get Katie Price back in.”

Katie does have a new man

He was on holiday with the mum of five when she had an accident that broke both her feet.

Katie’s love life has been tumultuous, to say the least, so does Anna think any celeb is beyond the dating agency’s help?

“Not beyond help, it’s down to whether they want to and if they’re in the right frame of mind to take it on board,” she told ED!.

“Everyone single one of them gets something from the show and definitely takes something away from it having learnt more about themselves.

“Often when you go through these processes it’s not until someone sits with their new way of being that it kind of comes to fruition several months later,” she added.

“But no one’s beyond help. Some celebrities have been more challenging than others, but all of them lap it up. A few rollockings later and they soon take notice.”