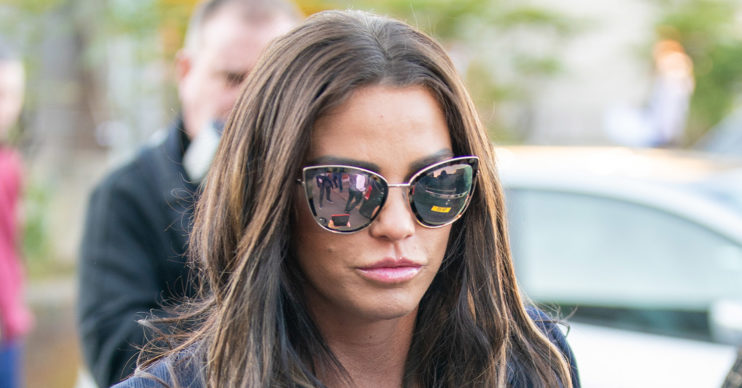 Former glamour model Katie Price says she expects to be in therapy for the rest of her life.

The 41-year-old admits that she’s been “slowly going off the rails for the last 10 years” in the upcoming special of her reality show.

In a teaser clip for Monday’s episode of My Crazy Life, Katie opens up about her whirlwind past decade.

She says: “I’ve been slowly going off the rails for just over 10 years.

“At times I’ve been a mess. I’ve been to hell and back, but I’m starting to feel like me again.

“Four weeks in hospital and some intense therapy that will continue for the rest of my life has got me back to being me.

In the intense clip she visits her mother, Amy, who is terminally ill.

Due to her self-isolating because of coronavirus fears, Katie has to talk to Amy through her window.

Over on Instagram Katie explains to her 2.1 million fans: “Before the lockdown began, I went to visit my mum for a chat through the window.”

The mum-of-five has since been isolating in Surrey with her eldest son Harvey throughout the lockdown.

She has only recently reunited with her son Junior, and daughter Princess, who had been in quarantine with their dad Peter Andre.

She told the Sun Online of how she was in tears during their reunion: “I welled up, it’s been a tough six weeks not being able to hug them.”

Her youngest two children, Jett and Bunny, are currently in lockdown with their father Kieran Hayler.

Indeed it has been a dramatic decade for Katie. She married and divorced cage fighter Alex Reid, and then went on to marry builder Kieran.

The couple are currently going through divorce proceedings.

On Celebrity SAS: Who Dares Wins, she elaborated on her tough time.

“I don’t even know where to start”

She told Ant Middleton: “I don’t even know where to start. My fifth kidnap threat happened two weeks ago.

“Then my mum being told she was terminally ill last year.

“Then my horse escaped on my front road and died in my hands. My dog got run over in my driveway.”

“Then held at gunpoint in South Africa with my kids. That’s the first time I’ve ever had a proper gun to my head thinking we’re going to die. [Bleeping] horrific.”

Katie Price’s My Crazy Life airs on Quest Red on Monday at 10pm.