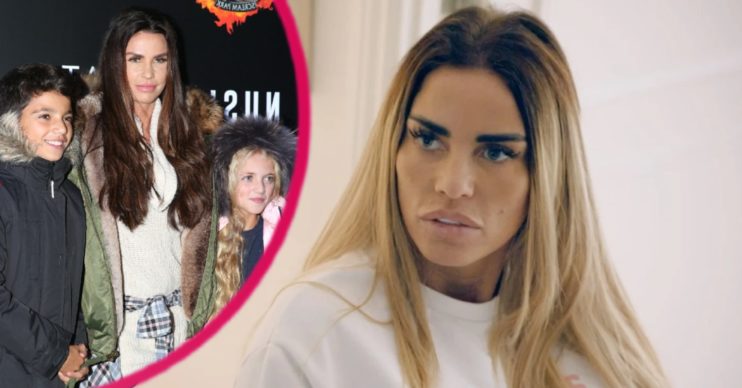 Katie Price has revealed her kids have threatened to cut her out of their lives if she takes cocaine again.

Now, Katie insists there’s no going back after her kids warned her of the consequences.

Katie Price: What did her kids say?

She has since been honest with her kids about her troubled past.

Katie told The Sun: “They didn’t realise it was me breaking down trying to block things out – they needed to know the truth.

“All the kids say that I am so much better now. But they say, ‘Mum if you ever get back to how you were, we are never going to speak to you again’.

“I tell them they never have to worry because I wouldn’t go back there.”

Thankfully, Katie turned her life around for the sake of her five children.

In addition, she says she will never “do drugs again.”

Katie shares her past struggles

The reality star quit alcohol last year after she checked into rehab for professional help.

Before she took the time to seek treatment, Katie says at one point she thought about no longer being here.

Speaking on BBC Northern Ireland’s Nolan Live, she said: “I wanted to commit suicide. I planned it, I did everything… Everything was on top of me, it was a build up.

“I’m only human, I’m strong but there’s only so much you can take and I could have either committed suicide or got help.”

Meanwhile, earlier this year, Katie admitted she was at her “worst” while appearing on Loose Women.

Speaking on FUBAR Radio, she explained: “When I did Loose Women, that was at my worst when mentally I was so not with it really. Struggling, but I still put on a front. And now I am myself again.”

At the time, Katie was battling post traumatic stress disorder, as well as her mum Amy’s incurable lung disease diagnosis.

She has also previously admitted to “self-medicating” with drugs.