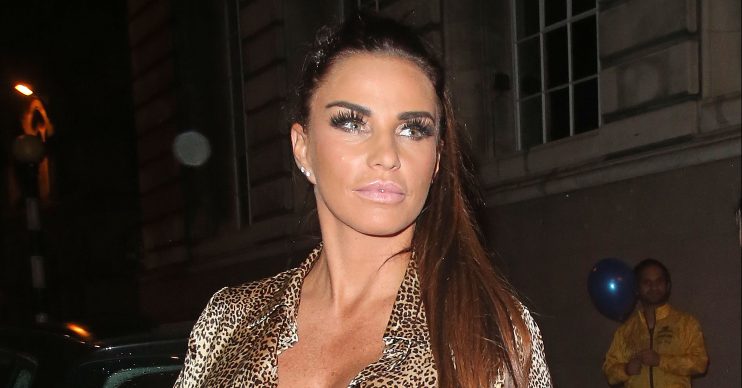 Well, they do say never underestimate the Pricey…

Model Katie Price has denied reports that she wants to spend her upcoming wedding anniversary with her ex-husband.

Taking to her Instagram Stories, Katie – who said she had just landed from a “relaxing” holiday – addressed the claims.

She called reports that she has “begged” Kieran Hayler to spend their anniversary together “bulls**te”.

The pair split more than two years ago and tied the knot on January 16 2013 in the Bahamas.

Read more: What really happened inside the Meghan and Harry summit talks

It was even claimed that Katie wanted to bring along TV cameras and film the meeting for her Quest Red reality TV show, My Crazy Life.

Everyone thinks it’s weird for them to celebrate a wedding anniversary – yes, it’ll make good TV, but while they technically are married, they’ve both moved on!

The Sun alleged: “Katie has told Kieran they should spend the day with the kids on 16 January, but he’s not sure.”

The source added: “Everyone thinks it’s weird for them to celebrate a wedding anniversary – yes, it’ll make good TV, but while they technically are married, they’ve both moved on!”

“Things are very much over between them,” the source added.

However, Katie herself hit back at the claims.

She said: “I would never go back to Kieran and not interested.”

She added: “Another bulls**te story.”

Bankrupt Katie has just returned from a trip to Las Vegas. It came hot on the heels of her trip to Thailand over New Year with son Harvey.