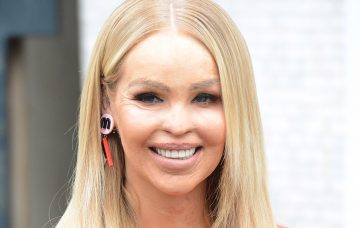 Katie Piper’s parent anecdote has her Twitter fans in stitches

When you have kids, there’s a very fine line between tearing your hair out with frustration and creasing up with laughter.

Just ask Katie Piper. The TV presenter and author, 34, shared an anecdote on Twitter yesterday, in which she perfectly captured the trials and tribulations of parenthood.

And her fans found it hilarious, with many admitting that they’d been in exactly the same situation.

And judging by the post she shared with her 295,000 followers, they don’t always give her an easy ride!

The post was accompanied by a photo of the weary mum carrying a kiddies’ bicycle.

And the anecdote clearly struck a chord with Katie’s fans. One responded by saying: “I can so relate to this! Lol.”

Another laughed: “Lol u wouldn’t have it any other way #itswhatmummies&daddiesdo.”

A third added: “I had exactly the same situation this morning! With added dog on lead.”

And another follower told the mum-of-two: “This is one of those photos that will last a lifetime, as it tells such a sweet story! Gorgeous.”

Katie, who suffered an acid attack in 2008, last month launched a new food and fitness book, The Healthy Happy Mum Plan, which she co-wrote with entrepreneur and mum-of-four TerriAnn Nunns.

To coincide with the launch, she posted a message to Instagram detailing how much weight she’s lost since the birth of Pea last December.

“I truly believe there’s no right or wrong way that you should look after having children, but I had picked up some bad habits whilst being pregnant and I wanted to make healthier, happier changes to my life,” she started.

“Not only have I now lost 2 stone, but I’ve seen some huge changes to my body whilst on the plan. I feel more confident and am leading a much more balanced lifestyle, which shows both inside and out.”

Well, if there’s one thing that’s going to help you lose weight, it’s having to carry your kids’ bikes!