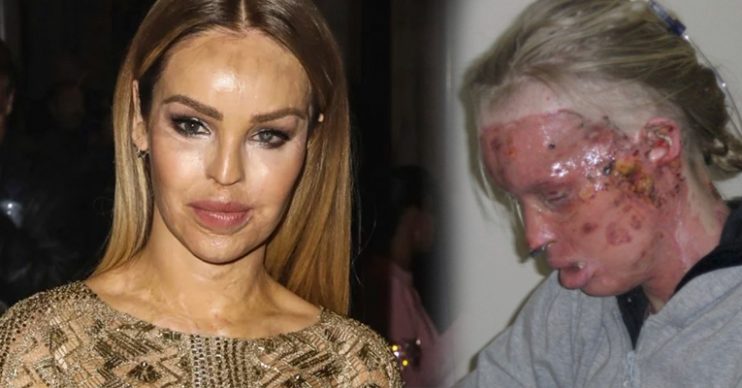 Model Katie Piper has shared a graphic photo of her burns alongside a powerful message for World Mental Health Day.

The presenter, 35, uploaded a snap showing the horrific injuries she sustained in an acid attack in 2008 and assured her Instagram followers “pain ends”.

Read more: Katie Piper reveals she was rushed to hospital after slicing her arm open

In the pic’s caption, the author and mum of two said she didn’t want anyone to look at her after she was viciously attacked and admitted she still sees a therapist 11 years later, as it “still helps”.

The photo shows Katie sitting with her head bowed, hair pulled back from the terrible injuries on her face.

“Today on Mental Health Day my first meeting of the day is with my therapist. I still go, it still helps and I’m able to talk. Hold on. Pain ends. #mentalhealthawareness #mentalhealthday.”

Aperol Spritz in the sun ☀️

Her fans also rushed to comment on the post, with one putting, “You are so inspiring and such an amazing incredible human being, don’t ever stop doing what you’re doing!!”

Someone else wrote: “You are inspirational. I’ve watched you from the very beginning with that first documentary and just love how far you’ve come, you are just amazing.”

Katie, who once saved an Army veteran from committing suicide, landed herself in hospital earlier this year after she “ignored” symptoms of a serious infection.

The star shared a selfie from a hospital bed and urged fans to “always listen” to their bodies.

“Ignored some symptoms because of being too busy and now I am in hospital with a bad infection!” she wrote in the caption of the photo, adding: “Moral of the story, always listen to your body I am being looked after by some fantastic NHS nurses and doctors as always.”