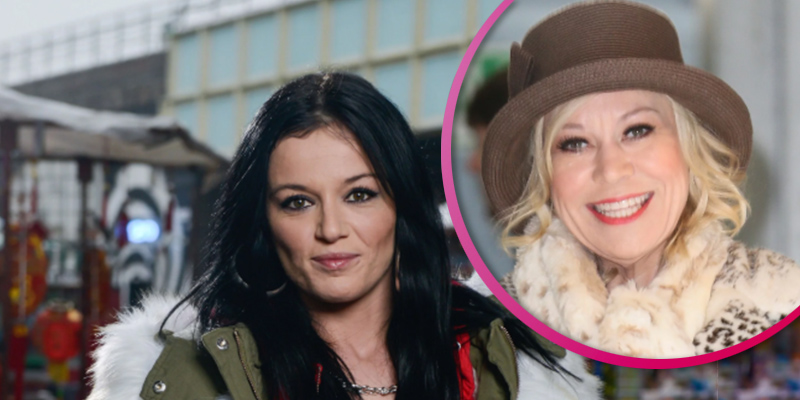 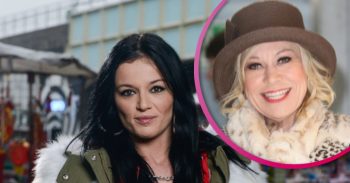 Tina was recently given an eight-month suspended jail sentence

Katie Jarvis’ Twitter account has reportedly been deleted after she defended Tina Malone for posting a photo of James Bulger’s killer Jon Venables.

Earlier this week, Tina was handed an eight-month suspended jail sentence over the shared images.

According to The Sun, Katie’s account appeared to disappear after she spoke out in support of Tina.

Katie, who plays Hayley Slater in the soap, apparently tweeted: “I feel sorry for her. Wrong. Just wrong.”

It comes after Tina faced contempt of court proceedings on Wednesday over the shared images and admitted she knew James’ killer Venables had lifetime anonymity.

The Shameless star previously posted a message on Facebook saying she had received a High Court summons and asking for help to find a lawyer.

According to The Sun, Tina cried and hugged family members after the sentence – eight months suspended – was read out.

Tina’s barrister, Adam Speker, told the High Court on Wednesday that, on reflection after giving evidence, the 56-year-old accepted that she was in breach of the injunction.

He said she understood that Venables had been given anonymity for his protection.

Speaking in court, the actress said: “I didn’t know there was an injunction, I wouldn’t have done it if I’d known.

“I was on a lot of anti-depressants. It was on the internet, isn’t everyone on the internet? Why am I here? Why isn’t Mark Zuckerberg or someone here? I didn’t know what I was doing. If I’d known I wouldn’t have done it.”

Malone’s solicitor, Mark Manley, said after the ruling: “She’s naturally very happy that this matter is now concluded and that she is able to go home to her family this evening. She’s obviously very sorry to have found herself in this position.”

Meanwhile, earlier this week, Katie took to Twitter to claim a man attacked her during a night out over the weekend.

In a tweet she wrote: “Big thank you to the Met police tonight and ambulance service for looking after me after I was glassed by a drunken Irish man for [expletive] all.”

Shortly after, she deleted the tweets.

Katie later reassured fans she was doing well, saying she’s “a soldier and been through hell of a lot worse”.

She wrote on Twitter: “OK to put people’s minds, and questions to rest. I am absolutely fine thank you so much for all your concern and checking in on me but I’m a soldier and been through hell of a lot worse.

“Now you can start focusing your concerns on some real news Love you all xx.”