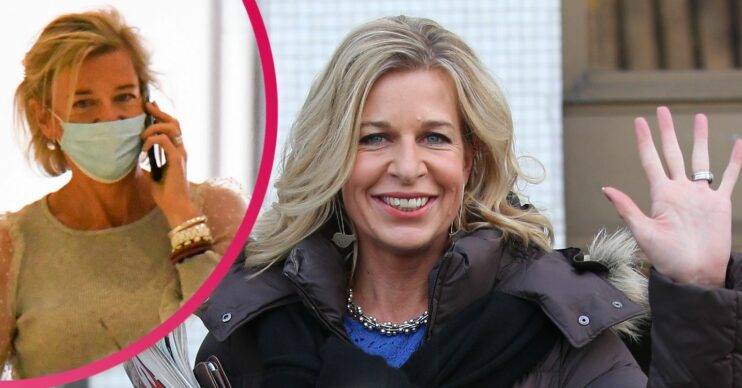 Katie Hopkins has made a career out of controversy, but her lack of a filter has cut her latest earner short, getting her deported from Australia.

She was due to take part in the Aussie version of Celebrity Big Brother. However, after recent comments about hotel quarantine, Katie won’t be appearing on the show.

All of her work visas were cancelled and Katie, 46, was sent packing from the country.

Why did Katie Hopkins get deported from Australia?

The former journalist got herself into hot water with the Australian authorities when she went live on Instagram and branded quarantine restrictions “bull[bleep].”

Katie delivered a lengthy rant via the social media platform on Saturday night.

During the 30-minute monologue – which includes bizarre rambling about her breasts – she reportedly branded Covid-19 lockdowns the “greatest hoax in human history”.

She also allegedly claimed she would answer the door “naked and maskless” to people delivering her food.

She called the rant “appalling” and “a slap in the face” on ABC News Breakfast on Monday.

What else did Karen Andrews say?

She said: “I hadn’t heard of her before and I don’t want to hear about her ever again.

“The fact that she was out there boasting about breaching quarantine was just appalling. It was a slap in the face for all those Australians who are currently in lockdown.”

Karen then confirmed Katie would be leaving the country imminently. She added: “‘I thought it was just shameful. It’s just unacceptable behaviour so personally, I’m very pleased she’ll be leaving.”

They said: “Seven Network and Endemol Shine Australia confirm that Katie Hopkins is not part of Big Brother VIP.

Meanwhile, Katie earned herself a $1000 fine. She has reportedly boarded her flight back to the UK.

What do you think of Katie’s quarantine comments? Let us know by heading to our Facebook Page @EntertainmentDailyFix and leaving a comment!