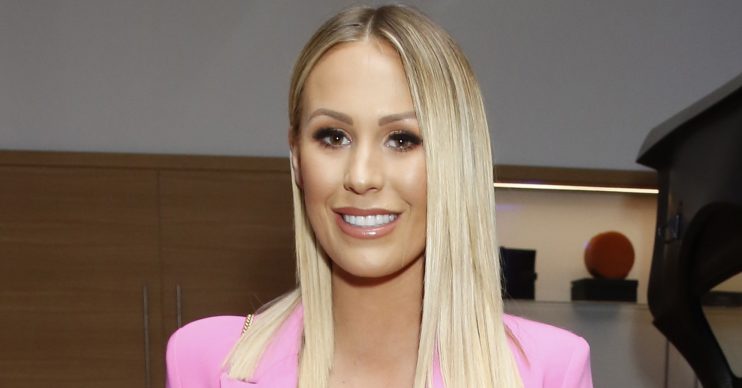 Telly fave Kate Wright has opened up about being told she’s ‘not a mum’ by her stepkids with hubby Rio Ferdinand.

The former TOWIE cast member stepped away from reality TV to dedicate herself to her new family – but four months on from her idyllic wedding in Turkey to ex England footballer Rio, 41, the 27-year-old admits finding her place in the Ferdinand household has not always been easy.

Rio was already dad to three kids – Lorenz, Tate, and Tia – when he met Kate, two years after losing his wife Rebecca Ellison to cancer.

Speaking to the Times magazine, Kate recalled how one of the children accused her of ‘not being a mum’ during an argument on the way back from a friend’s house.

Read more: Prince Charles ‘worried that Prince Harry is at tipping point and vows to help he and Meghan’

”You don’t know,” one of Rio’s children told her, according to the interview. “Because you’re not a mum.”

Kate remembered: “The minute they said it, there was a gasp.

Becoming a mum to three children who had lost their mum and their nan has been a challenge.

“They’ve never said it again. But I’m not their mum. But I act like a mum and I see them as my children.”

She also told how she initially had trouble acclimatising to her new role at home, struggling with “simple” tasks like cutting the kids’ toenails.

Read more: Abbey Clancy reveals she has her face injected with gold-coated needles in £500 facials

Kate also highlighted she wasn’t much of a cook and would “burn everything” she tried to prepare for her stepkids – and underwent counselling to help her realise she was probably best served to be herself rather than attempt to be a ‘perfect’ mother figure.

She told the Daily Star of her therapy back in June: “I’m all about understanding myself and the situation that I’ve come into.”

Kate added: “It’s hard to explain, but I have to be good to be able to look after everyone else. I love being in a family, I love being a mother figure, but it’s nice to have time for yourself.”

And she also previously told Fabulous magazine: “I left TOWIE because I needed to focus on the children and being a mum and getting used to being in their lives.

“Becoming a mum to three children who had lost their mum and their nan has been a challenge.

“But we’re happy. I have a family who love me and while I never envisioned it happening this way, I feel so blessed and grateful. I was an only child so I always felt very alone. Now I have this lovely family.”