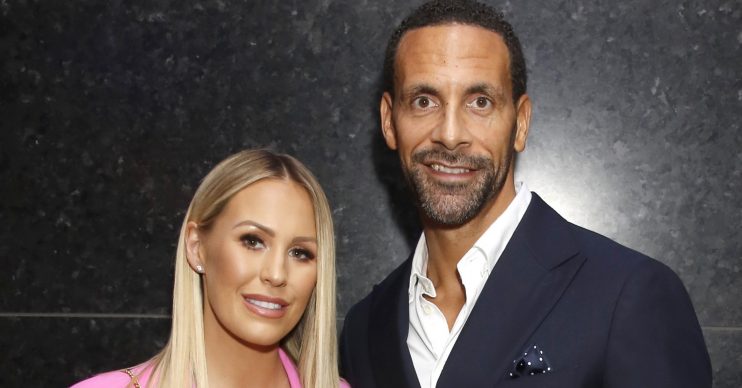 They got engaged in November last year

Kate Wright and Rio Ferdinand will reportedly marry this weekend in a posh resort in Turkey.

According to The Sun, Kate and Rio will tie the knot in a star-studded ceremony in a Turkish hotel, where rooms apparently sell for £4,000 per night.

A source told the publication: “All their family and friends are already there. Phones have been taken from everyone —  nobody has one.”

Ent Daily has contacted reps for Kate and Rio for comment.

Rio proposed to Kate in front of his three children – Lorenz, 13, Tate, 11, and Tia, eight, – during the family holiday in Dubai.

At the time, Kate and Rio shared beautiful photos of the special moment which saw his three kids watching the big moment and then congratulating the couple.

The former TOWIE star stepped away from her celebrity lifestyle when she met Rio, becoming stepmother to his three children after they lost their mum to breast cancer in 2015.

Speaking about her decision to leave the limelight and take on a family, Kate said on This Morning last year: “Everyone thinks I’m crazy, even my mum was like, ‘You’re mad!’ But I had two choices. I was in this world of drama and in the public eye.

“Then I met Rio, he had children who lost their mum, they didn’t have a woman in their lives. Someone needs to be at home and give them love.”

Meanwhile, during an interview with Daily Mail’s You Magazine last year, Kate stressed she would never try to replace the children’s late mother, Rebecca, and spoke about how they honour Rebecca’s memory.

Kate also said Rio’s children are desperate for them to have a child together.

She added: “The kids would like a little brother or sister; they say ‘I dreamt that you were pregnant’. But right now we’re just happy with our little unit.”