The Duchess of Cambridge has showed off her new blonder hair as she visited the Natural History Museum.

Kate, 37, stepped out in style as usual, wearing a burgundy knitted jumper from Warehouse, a pair of green culottes and a £3,000 Chanel bag.

The mother-of-three beamed as arrived at the Angela Marmont Centre for UK Biodiversity on Wednesday, to hear how it is helping to protect UK wildlife. 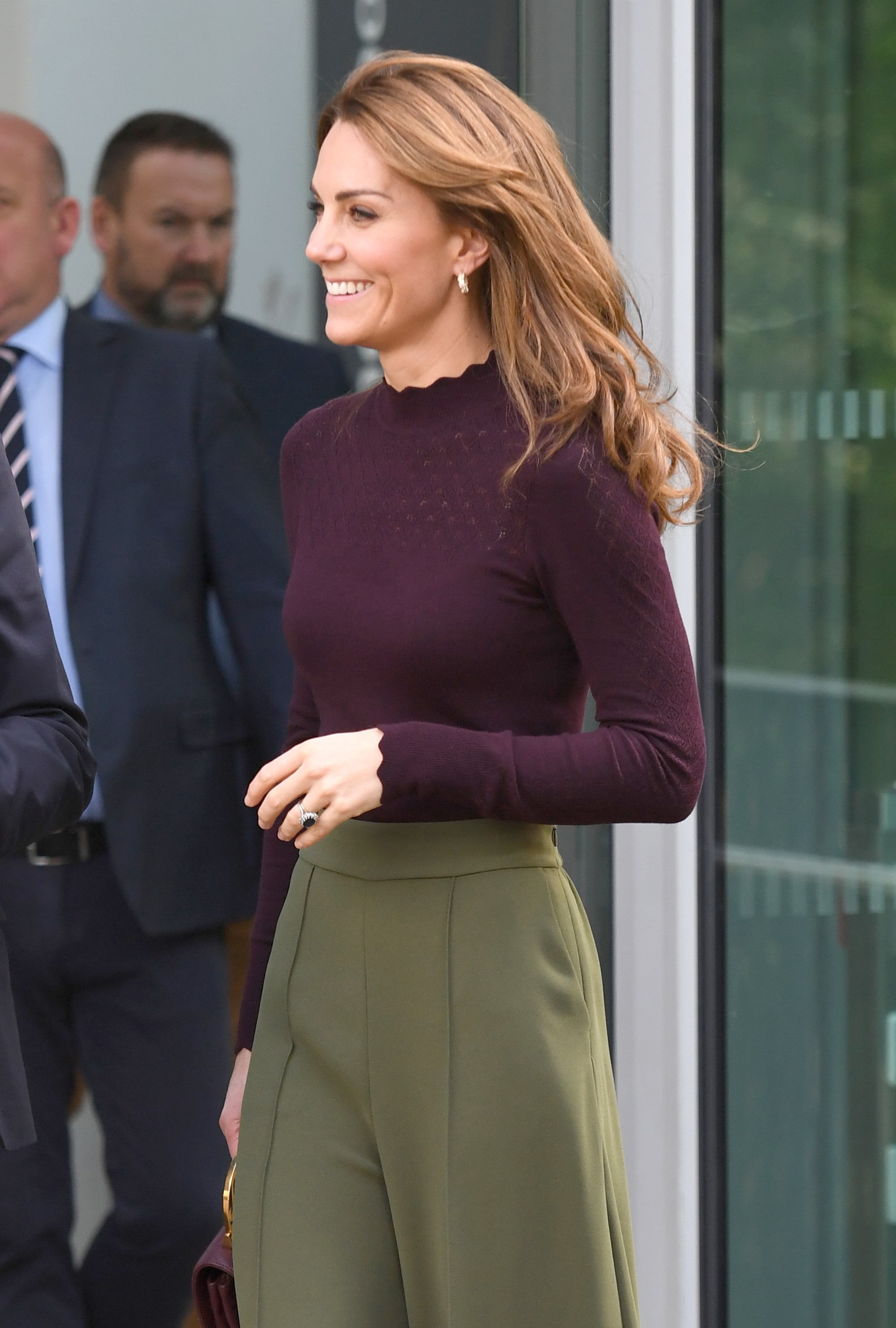 Read more: William and Kate reunite with Meghan and Harry for TV project

Kate appeared to have had her brunette locks lightened to a caramel blonde colour.

After her engagement, celebrity stylist James Johnson said the Duchess has opted for "golden tones perfect for the autumn season" to "frame her face" and make her hair appear "thicker".

He told Daily Mail's Femail: "Kate has opted for golden tones perfect for the autumn season.

"These soft lighter pieces help frame her face, keeps the warmth in these colder approaching months.

"By adding soft pieces of colour [also known as balayage] it can also help the hair look thicker as it creates more dimension within the hairstyle making it appearing more 3D." 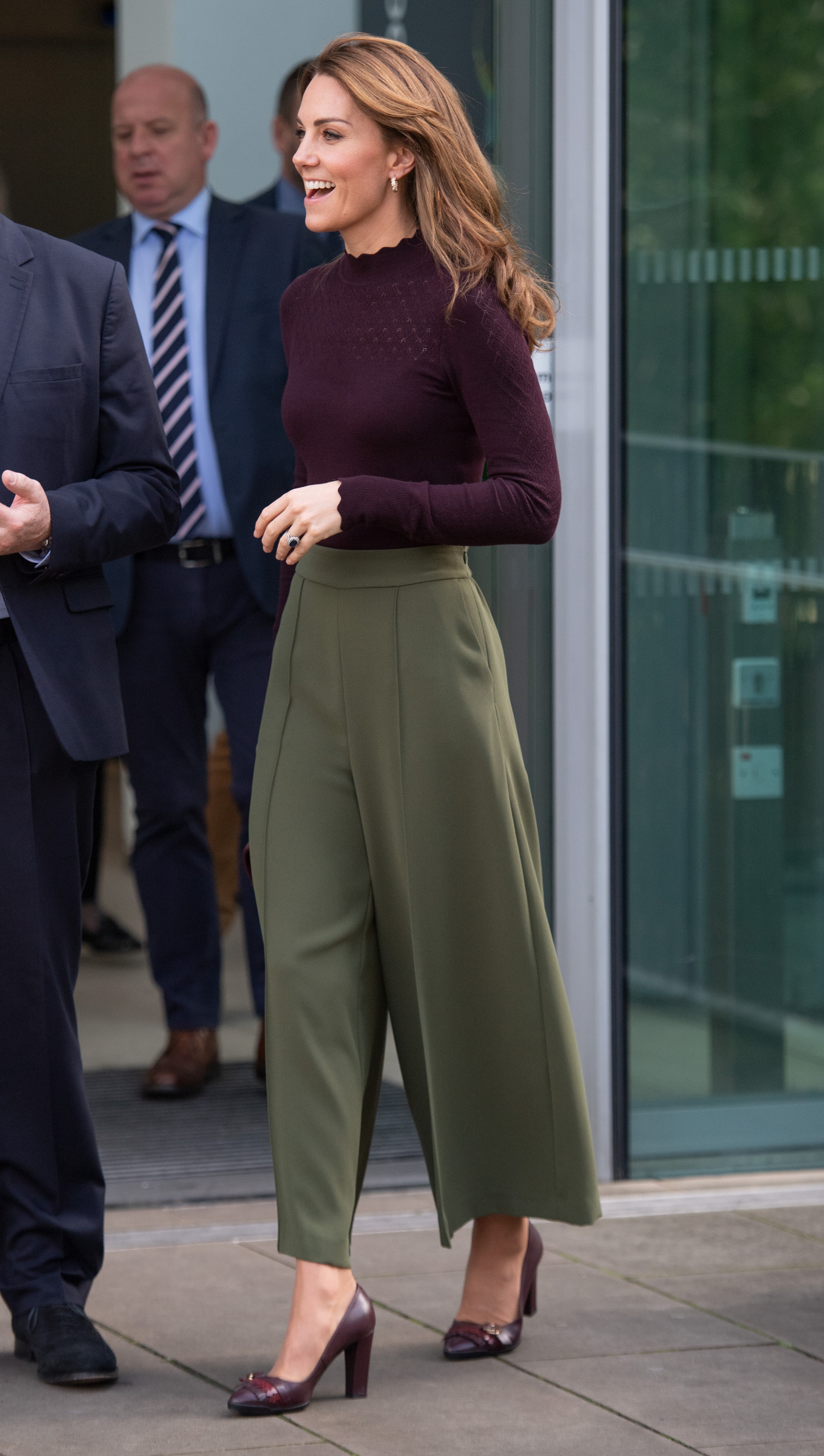 Kate also stole the show with her choice of outfit, with her £39 Warehouse jumper becoming an instant hit.

So much so, it's already sold out on the website!

Kate has opted for golden tones perfect for the autumn season.

However, you can pick up the same jumper in dark green or black for the same price.

Kate paired the jumper with a pair of Jigsaw green trousers - which are on sale at the moment for £89 down from £130.

She added a pair of Tod's dark red heels and a maroon Chanel bag. 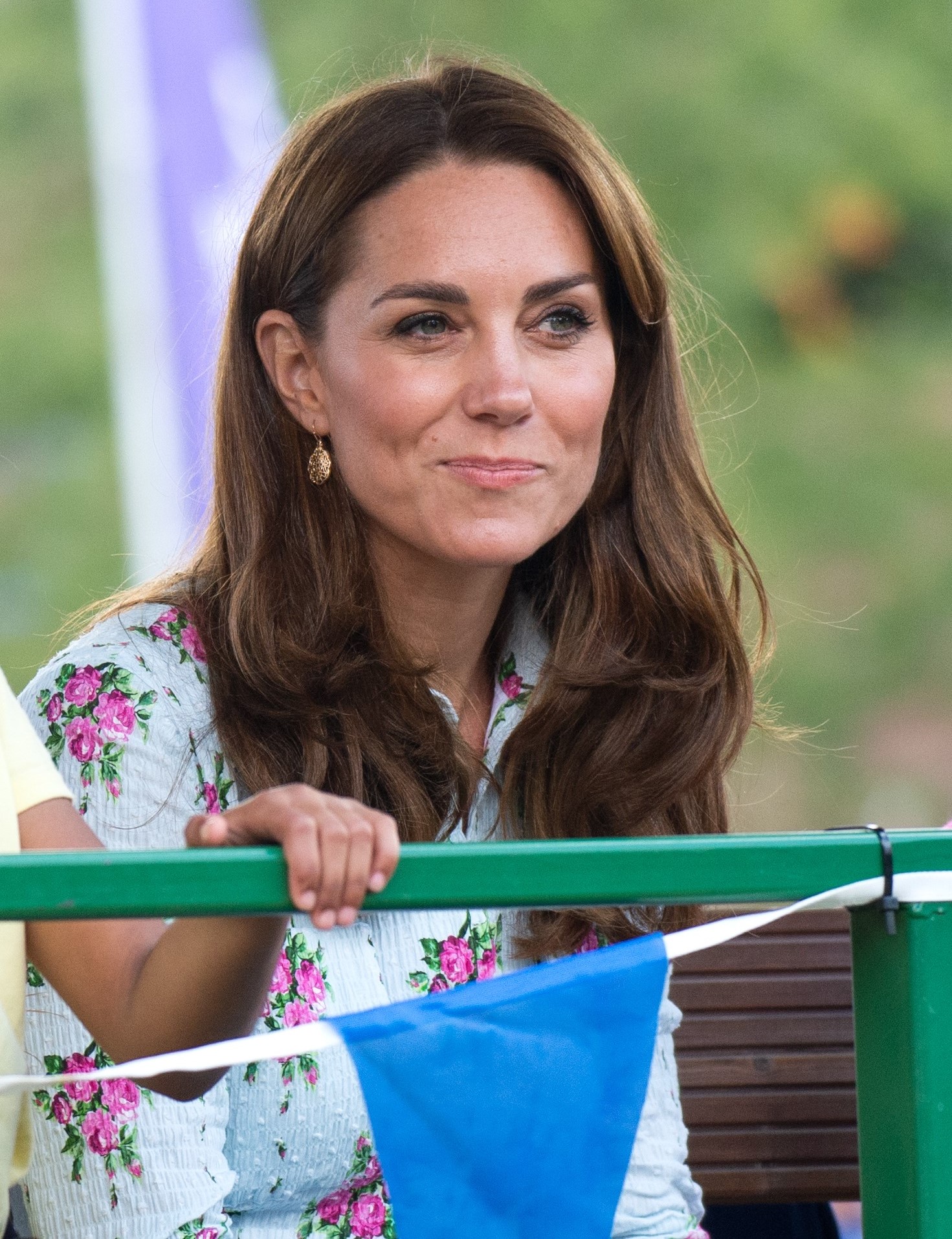 During her visit, Kate - who became the museum's patron in 2013 - saw some of its specimens and DNA sequencing in action.

She said during a speech at the time: "I remember visiting the Natural History Museum as a child, and being inspired with a love of nature.

"And now, as a parent myself, I am experiencing the joy all over again with my own children, who adore coming here – and it is not just to see the T-Rex, mind you."

What do you think of Kate's new hair and outfit? Leave us a comment on our Facebook page @EntertainmentDailyFix and let us know what you think!