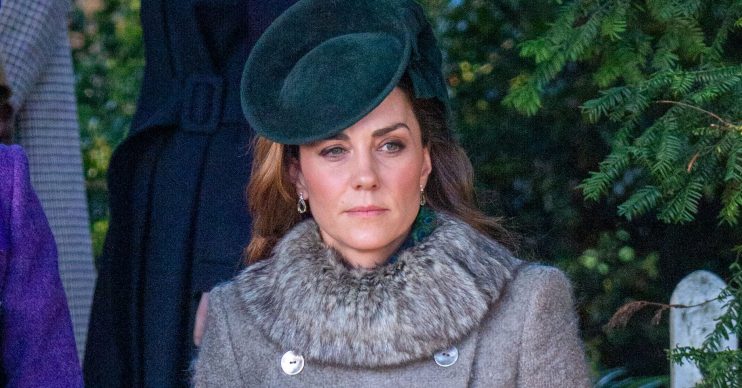 Not a good choice

Kate Middleton revealed her regret over her choice of outfit as she chatted with a royal fan before heading to church on Christmas Day.

The Duchess, 37, donned a long grey Catherine Walker coat and matched her green hat and bag with her daughter Charlotte’s winter coat.

But as she arrived outside St Mary Magdalene Church with husband Prince William and the rest of her family, Kate admitted she “shouldn’t have worn” her coat.

As reported by Metro, the mum of three told 19-year-old fan Rachel Anvil – daughter of the woman who took the now-famous ‘fab four’ pic of the Cambridges and Sussexes, Karen – that her heavy ensemble was the wrong choice as she was too hot.

Karen told the publication: “Kate was talking to my daughter about clothes and how she was feeling too hot, she said ‘I really shouldn’t have worn this’.

“I’m there talking to Charlotte about dolls and my daughter’s talking about fashion with Kate.

“It wasn’t fake, it was a genuine discussion, it was about a minute but it was tailored to my daughter, it was like speaking to a friend. They are totally different with the public.”

She said ‘I really shouldn’t have worn this’.

Charlotte’s best known for her cheeky antics, but after the Christmas Day service in Sandringham she was on her best behaviour.

And at one point, she melted hearts by hugging a woman in a wheelchair as crowds gathered outside St Mary Magdalene Church.

It follows royal fans spotting that the princess bears a striking resemblance to one of her older relatives.

Her dad’s cousin, Lady Kitty Spencer – who is the niece of Charlotte’s late grandmother, Diana, Princess of Wales – recently posted a throwback photo of herself as a child on Instagram as she celebrated her 29th birthday.

It showed Kitty enjoying a Barbie-themed birthday party as a youngster, and her followers were quick to comment on the likeness between Kitty and four-year-old Charlotte.

“I thought it was Princess Charlotte,” one follower commented on the uncanny resemblance.