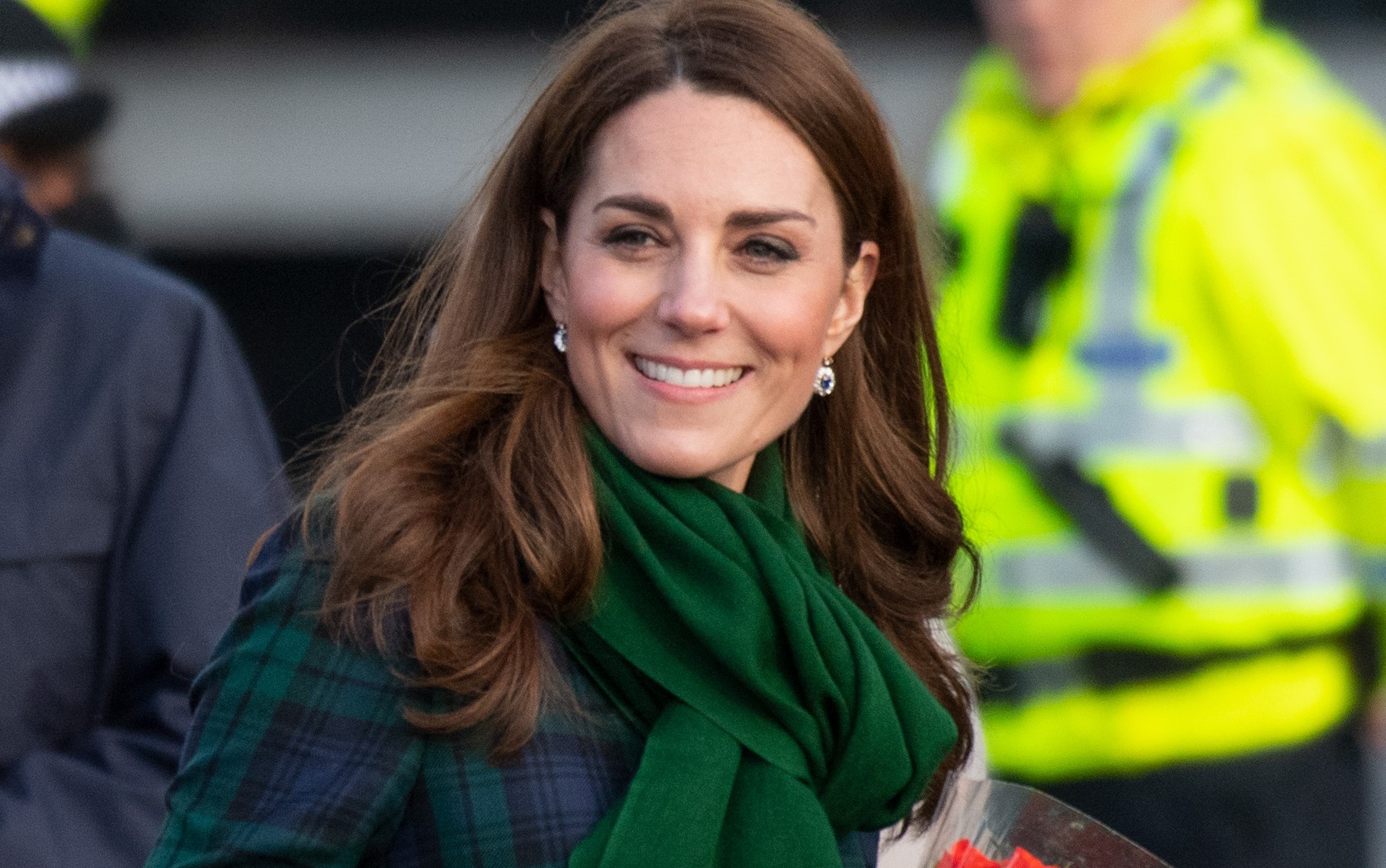 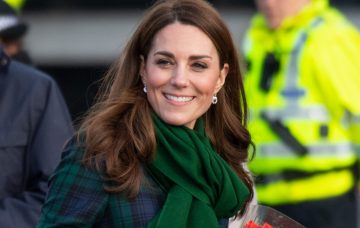 She wore earrings that once belonged to her

The Duchess of Cambridge wore earrings belonging to Princess Diana on an official engagement in Dundee on Tuesday (29 January).

Kate was gifted the earrings by William back in 2012 and she had them slightly remodelled from a stud to a drop.

They match her stunning engagement ring, also made of a sapphire surrounded by diamonds, that was originally Princess Diana’s too.

The Duchess was accompanying her husband to Dundee to open the £80 million V&A Museum.

In a nod to Scottish tradition, Kate wore a tartan dress coat by Alexander McQueen for the occasion.

In Scotland Kate and William are known as the Earl and Countess of Strathearn.

It was their first joint engagement of 2019.

Yesterday it was revealed that Prince Louis has started crawling.

Photographer Mark Stewart, who was among those capturing the visit to Dundee, told American publication PEOPLE magazine that Kate told a woman that “Louis is a fast crawler”.

Mark also said Kate “told another woman that she hopes to bring her children here”.

The couple often share details about their kids during royal engagements.

But away from royal life, they are just like every other parent.

And Kate proved that last month when she popped into a local London pub so Charlotte could use the toilet.

Maggie McKinney, a regular at the Phoenix pub in Stockwell, told MailOnline: “I was sitting in my usual chair and when I looked up I saw Kate Middleton, I mean the Duchess of Cambridge and her daughter Princess Charlotte.

“The little kiddie just trotted in with her mum, went to the toilet and then trotted out. They cold not have been in the pub for more than ten minutes.

A woman, believed to be a protection officer, entered the pub first to ask bar staff if a little girl could use the bathroom.

Meanwhile, later in the month, bookies cut the odds on William and Kate having a fourth baby from 7/2 to 3/1.

Ladbrokes spokesman Alex Apati told The Express: “It’s looking increasingly likely Wills and Kate will welcome another family member in the near future.”

Do you think it’s nice that Kate remembers Princess Diana? Leave us a comment on our Facebook page @EntertainmentDailyFix and let us know!