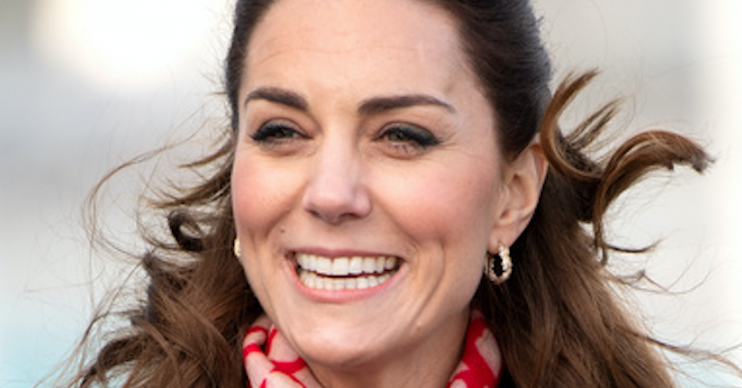 The Duchess of Cambridge Kate Middleton has proved she is still exceptionally popular with younger fans.

She has been bestowed with a nickname similar to that of Diana, her late mother-in-law.

Commenters have been calling her ‘Children’s Princess’ on a video connected to her Five Questions project.

🗣️ We want you to have your say in the biggest ever conversation on early childhood and help bring about positive, lasting change for generations to come. It take just 5 minutes ⏱️ to answer #5BigQuestions on the Under 5s — click the link in our bio and join others across the UK in letting us know your thoughts on raising the next generation. We recognise that everyone has a role in ensuring strong, healthy foundations for the youngest in our society that will positively affect their lifelong outcomes, so let us know what you think!

“Children’s Princess! Her Royal Highness the Duchess of Cambridge and our future Queen!” one person said.

“You are a TRUE inspiration! Thanks for being so genuine!!!! You are THE PEOPLE’S and THE CHILDREN’S PRINCESS !! You are LOVED, RESPECTED AND ADMIRED WORLDWIDE!!!” added another.

And a third simply said: “The Children’s Princess.”

Otherse have praised Kate for the “amazing” initiative, and told her to “keep up the good work”.

Princess Diana was affectionately known as ‘The People’s Princess’ and it seems Kate has captured the hearts of the public in much the same way.

Last week, the Duchess apologised to a young fan for not wearing a pretty dress during a recent visit to South Wales, a report has claimed.

You are the people’s and the children’s princess.

At one point during their trip, they also dropped in at Joe’s Ice Cream Parlour in Swansea where they met a group of local parents and carers to talk about Kate’s survey on the early years Five Big Questions on the Under Fives.

And although the survey aims to spark a conversation with parents across the country about raising the next generation, one little girl Kate met during the Welsh trip was certainly not shy about letting the mum-of-three know what she made of her outfit.

Read more: Duchess of Cambridge stuns in glittering recycled gown at the BAFTAs

According to Mail Online, three-year-old Annabel claimed to tell Kate she didn’t ‘look like Cinderella’.

Annabel’s mum Rhian Costello is said to have explained the tot was very excited to meet a “real princess”.

But Annabel was reportedly left slightly underwhelmed by Kate’s Zara dress, Beulah London scarf and Hobbs coat ensemble because it wasn’t the Disney-style kind of dress she expected.

“My daughter loves fairy tales and Cinderella, and she was really excited to meet a real princess,” Rhian is reported to have said.

Nonetheless, Annabel was still said to be charmed by Kate.

Rhian continued: “Annabel was so taken with her, she went up and gave her a huge hug and I was extremely surprised that Kate embraced her in such a way.”

The mum also added she hoped her daughter would look back in ten years and realise what a unique encounter she’d experienced.