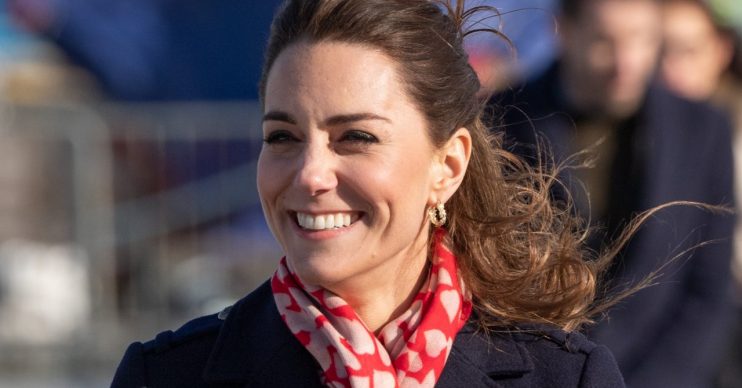 There is good reasoning behind her confession!

The Duchess of Cambridge Kate Middleton has made a rather strange confession – that she enjoys being in labour!

Kate, who has three children with her husband Prince William, made the admission during Giovanna Fletcher’s Happy Mum, Happy Baby podcast.

But while this could seem bizarre, Kate has a very good reason behind why she likes giving birth.

Throughout all three pregnancies, Kate suffered hyperemesis gravidarum – a form of severe morning sickness – and was hospitalised on several occasions.

As a result, being in labour actually spelt an end to a challenging nine months.

Kate admitted: “I actually really quite liked labour…because actually it was an event that I knew there was going to be an ending to!”

…actually it was an event that I knew there was going to be an ending to!

The Duchess’s experience with hyperemesis was well documented, especially as her baby news had to be announced earlier than the usual 12 weeks due to hospital admissions.

Kate, 38, revealed in the podcast that she turned to hypnobirthing during her three pregnancies in an effort to help with her sickness.

But she said Prince William found it difficult watching her suffer.

Kate said: “Lots of people have it far, far worse, but it was definitely a challenge.

“Not just for me but also for your loved ones around you – and I think that’s the thing – being pregnant and having a newborn baby and things like that, impacts everybody in the family.

“You know, William didn’t feel he could do much to help and it’s hard for everyone to see you suffering without actually being able to do anything about it.”

Given their Royal status, Kate and William posed for pictures on the steps of the Lindo Wing at London’s St Mary’s Hospital each time they welcomed a new child.

And although she felt “slightly terrified” facing the world so soon after giving birth, Kate admitted that she was just happy to be escaping having previously received treatment for her hyperemesis in those same four walls.

“So, I was really desperate to get home and get back to normality.”