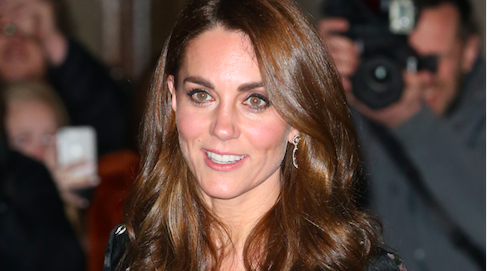 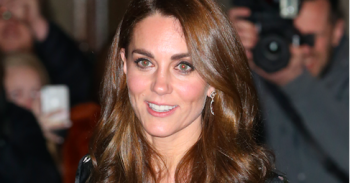 One observer compared her to a "big bogie"

Royal fans have praised Kate Middleton and Prince William as they celebrated St Patrick’s Day with a visit to the Irish Guard.

The Duchess honoured the Irish patron saint by dressing in green as she watched the parade – and many Brits loved the look.

Wearing a stunning green custom Alexander McQueen coat dress, the mum-of-three future queen was joined by her husband of eight years on the visit to 1st Battalion’s base in Hounslow, London.

The royal pair greeted the public and members of the military, as well as adorable Irish wolfhound, Domhnall.

Kate and William – who has been a Colonel of the Irish Guards since 2011 and wore full military attire – were then due to attend the Guardsman’s Lunch.

Another said: “She looks beautiful. That coat and the detail on the hat is very pretty.”

Today’s parade marks the end of ceremonial duties and the start of a busy overseas operational training period for @irish_guards. The battalion currently has troops deployed in Uganda, Jordan and Kenya #StPatricksWeekend #family @KensingtonRoyal pic.twitter.com/VrzZAy0uW4

A third declared her: “Very classy and elegant. Step aside Meghan!” As a fourth wrote: “She looks wonderful.”

One more said: “Thank goodness for William and Kate. They have class and I’m proud that they represent us.”

Others were more divided over the all-green look, with one commenting: “Green is certainly not Kate’s colour, what on earth was she thinking?”

Another moaned: “She has managed to make herself look like a big bogie. Fitting for St. Patrick’s Day really.”

Many also compared her to sister-in-law Meghan Markle, who attended an event earlier this week, also in green.

Another said: “Trying to compete with Princess Meghan just isn’t working out for her. She doesn’t have that wow factor Princess Meghan naturally has. Little bit embarrassed for her if I am honest. New fashion adviser needed.”

A third said: “The people want to see Princess Meghan, not Kate dressed like a leprechaun.”

Kate has worn green in honour of Saint Patrick’s Day since she married into the royal family.

Last year, she looked stunning in the traditional colour at the parade, while heavily pregnant with Prince Louis.

Are you loving Kate and William’s look? Leave us a comment on our Facebook page @EntertainmentDailyFix and let us know what you think.