Kate Garraway's children have appeared on Good Morning Britain to discuss their mum's stint in the I'm A Celebrity jungle.

And Darcey and William admitted they were left cringing when she revealed her vagina's nickname.

During a bug-ridden trial, Kate screamed: "Don't go up my noo-noo! They're going up my noo!" 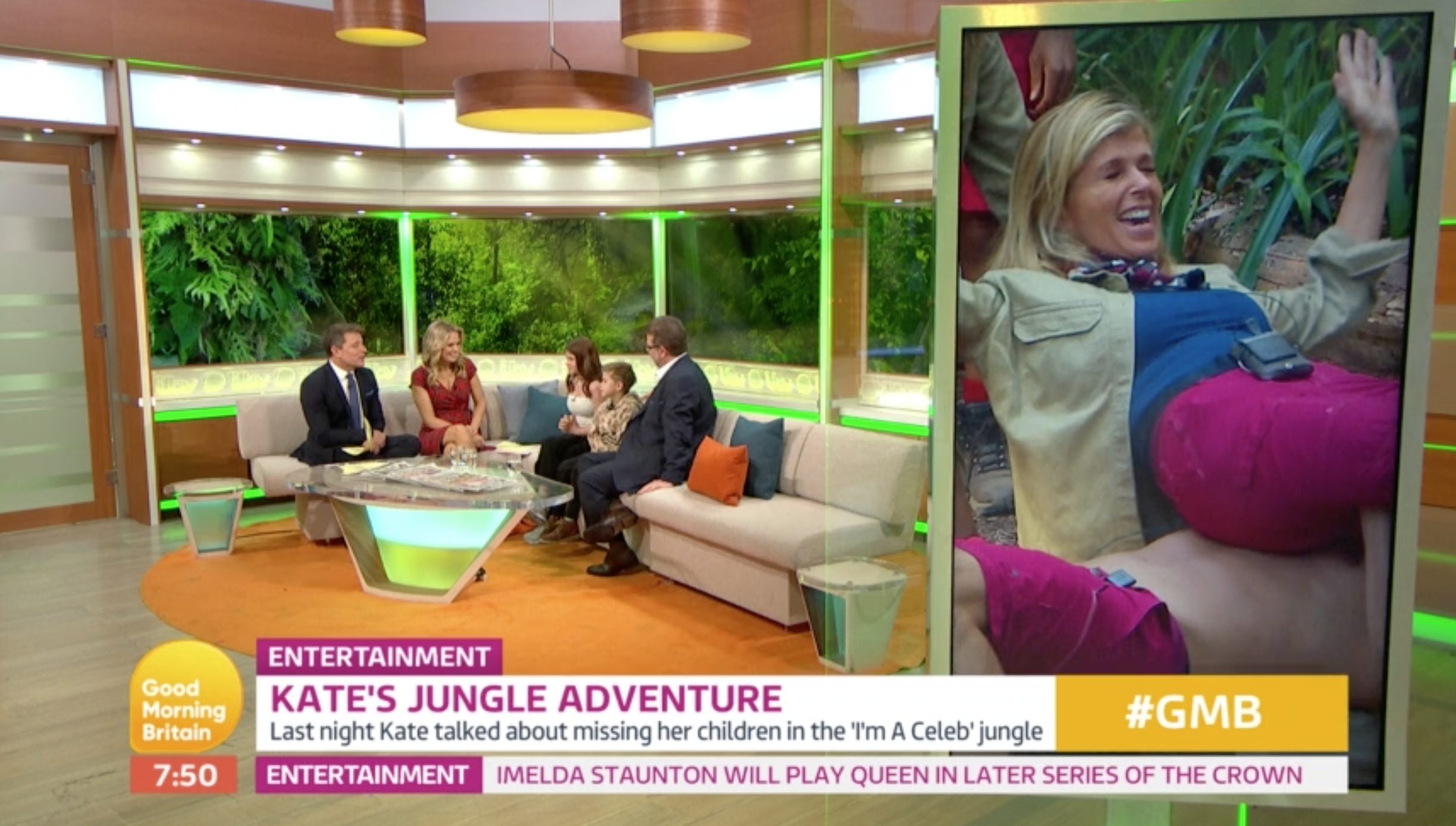 Speaking to hosts Ben Shephard and Charlotte Hawkings, 13-year-old Darcey revealed it had been "great" to watch her mum on the show.

However, she added: "When she was like: 'Oh it's going up my noo-noo!' So embarrassing!"

When she was like: 'Oh it's going up my noo-noo!' So embarrassing!

Darcey was joined on the show by her brother William, nine, and their dad Derek Draper.

Darcey revealed they were embarrassed when Kate referenced her "noo-noo" (Credit: ITV)

The kids also revealed how they'd helped their mum to prepare for the creepy crawlies she would encounter in the jungle.

Darcey revealed: "We were outside playing with skateboards and there was this massive slug so we were forcing her to hold it so she would get used to it – so funny."

Read more: Caitlyn Jenner reveals that all her kids still call her "Dad"

The pair also revealed that they pestered their mum to sign up for the show.

Darcey added: "She's so genuine and she will keep trying and she won't put herself first, she's so selfless, she'll just do everything for everyone else before she thinks of herself." 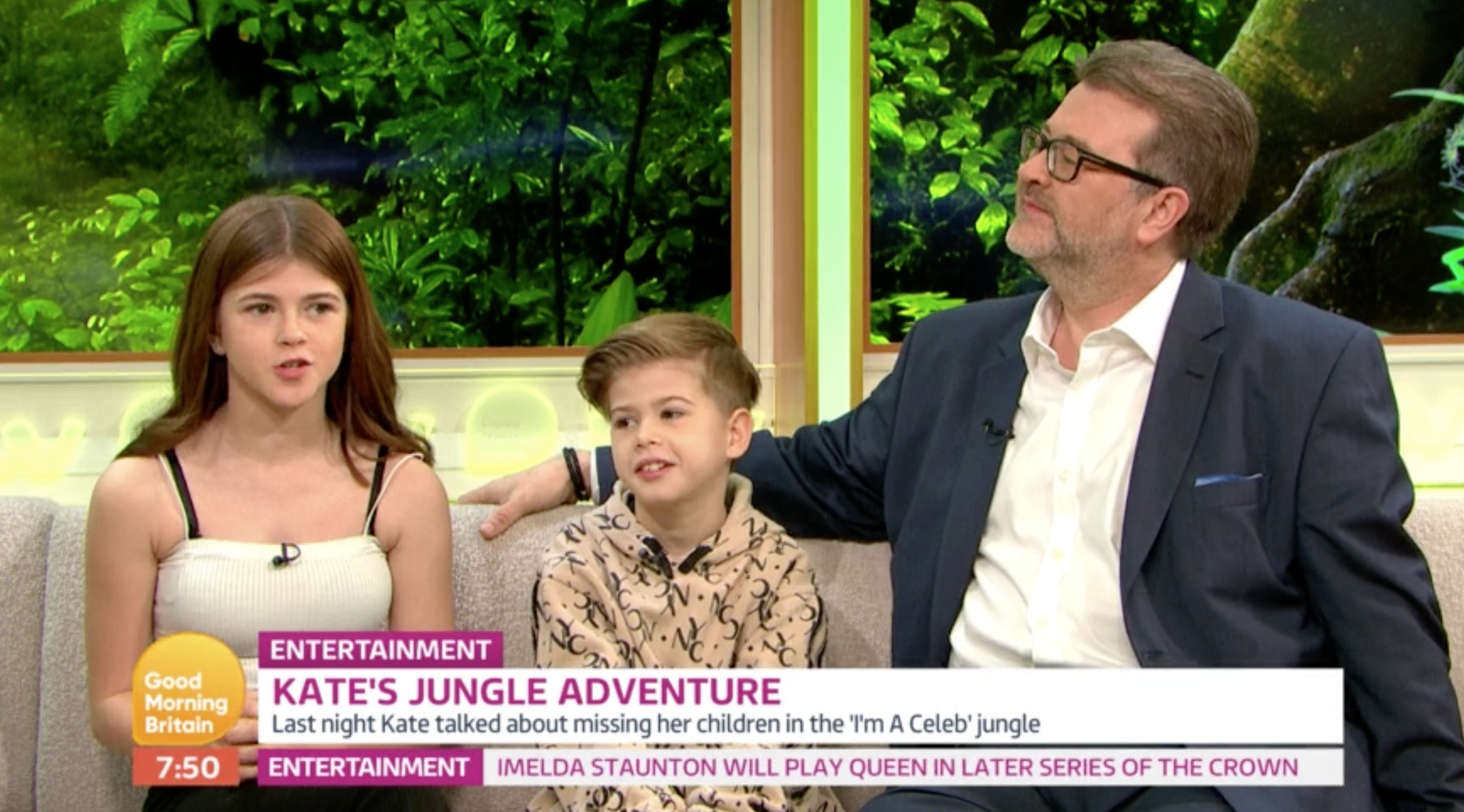 Husband Derek also complained than he didn't feel like his wife was missing him, as she only mentioned missing William and Darcey on camera.

Earlier in the week he had revealed he was struggling without her as he's "never cooked a proper meal" in his life.