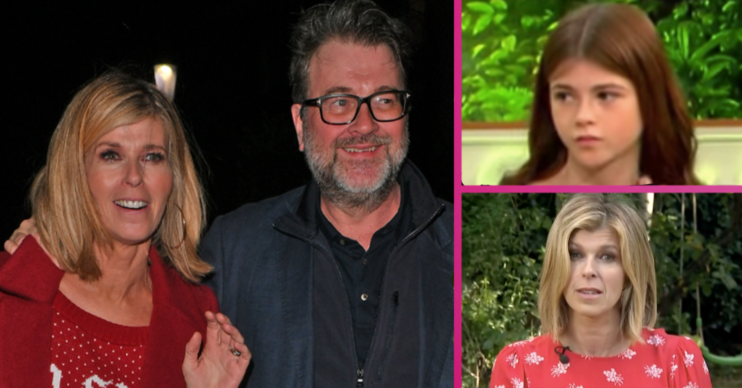 GMB presenter revealed they could have a long wait ahead though

GMB star Kate Garraway has shared the thoughtful surprise her daughter has planned for her husband’s return.

Derek Draper, 52, has opened his eyes after months in a medically induced coma after battling coronavirus.

Kate, 53, said her daughter Darcey, 14, has planted vegetables and fruits in Derek’s honour.

The Good Morning Britain host said her daughter had worried that they would run out of food during lockdown.

So she planted bountiful amounts of fruit and veg – and specifically chose one of dad Derek’s favourites.

Speaking to Hello! magazine, Kate shared: “When we entered lockdown, Darcey was afraid we might run out of food, bless her, so we went to the garden centre and she wanted to buy lots of seeds for vegetables, which she loves.

“Two days later, Derek became ill, and as we waited to hear news from the hospital, she occupied herself by planting all the seeds. She’s grown cabbages, lettuce, carrots, potatoes, tomatoes and Derek’s favourite – radishes.

“She also put a strawberry plant next to his favourite chair so that he can reach down for them when he sits there, saying: ‘Why would we ever need to go to Tuscany when we’ve got this?'”

Kate went on to promote her interview with the magazine on Instagram.

Sharing photographs from her garden shoot to her 871,000 followers, she admitted that Derek’s return home is still far away.

Her caption includes: “The future we are really hoping for, Derek recovering & coming home is not nearly in sight & very uncertain.

“But it feels positive to share how we are trying to keep ourselves going as I know so many are dealing with terrible challenges in all sorts of ways as we all try to emerge from these ghastly times, just as we continue to hope Derek can emerge from his minimum state of consciousness.”

She previously spoke on GMB of how greatly Derek’s body has suffered.

She explained: “He’s now COVID-free, the fight of the virus has been won.