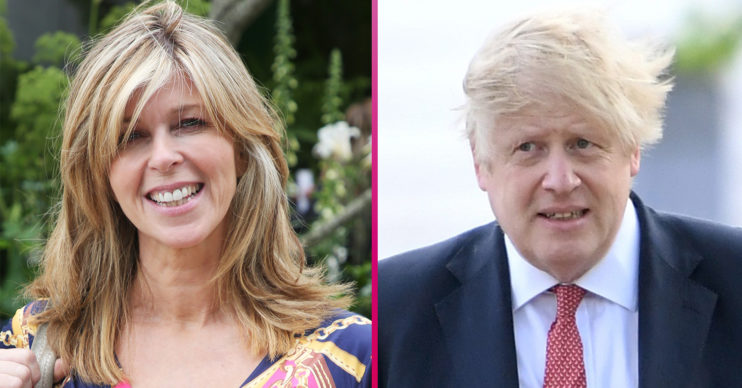 The prime minister battled COVID-19 himself

Kate Garraway has revealed she received a message from Boris Johnson as her husband Derek Draper fought coronavirus in hospital.

Derek is now free of the virus, however, he remains in hospital as it has “wreaked havoc” on his body.

Kate, 53, said the prime minister, who battled COVID-19 in hospital too, sent her a hand-written note to say he was “thinking about her”.

When Derek was at his worst, Kate said she also received messages from Mr Johnson’s fiancée Carrie Symonds.

Kate told YOU Magazine: “Boris hand-wrote me a really lovely note saying he was thinking about me and Carrie has sent us messages via other people saying she knows it’s very tough.

“So I have seen a very human side to them.”

She added: “Boris’s public face gets a lot of stick but the challenge is that politicians are all in the dark just like us.”

Boris battled COVID-19 back in April and was put into intensive care at one point as his symptoms worsened.

After a few days, he was discharged from hospital and continued to rest at home.

Meanwhile, Derek was admitted to hospital in March with coronavirus and was put into an induced coma.

Derek only began showing signs of consciousness over the last few weeks, with him opening his eyes.

Kate previously explained that Derek was out of the “deep” coma and was now in a “minimal state of consciousness”.

Meanwhile, speaking to YOU Magazine, Kate said she and her family “hope and believe” Derek will “come out of it”.

However, she added that they “just don’t know” and the “heart of the family has been ripped out and we don’t know if we will ever get it back”.

Kate said they remain hopeful because “there were so many moments when doctors thought we’d lost Derek or were about to, and he’s still here”.

The couple have two children – son William and daughter Darcey.

However, she and their kids managed to FaceTime him in hospital and sing happy birthday.