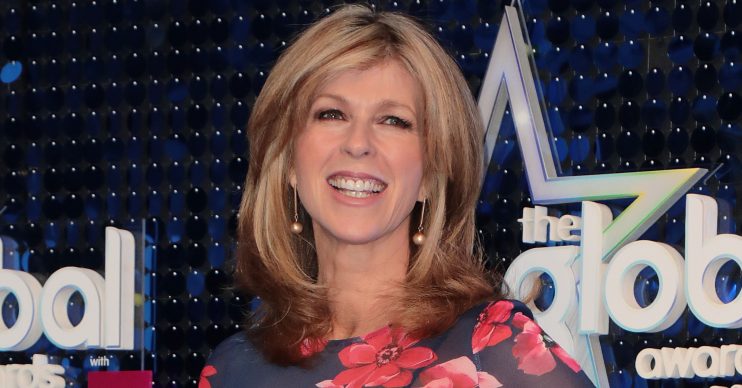 Breakfast TV presenter Kate Garraway was left red-faced on Good Morning Britain yesterday (10.1.20) when producers surprised her by flashing a busty throwback photo onto the screen.

The shot, which showed Kate presenting the show in 2000, caused her to blush and ask, “what was I doing?”

Former I’m A Celebrity contestant Kate, 52, was discussing the good old days with co-hosts Ben Shephard and Charlotte Hawkins, after Charlotte revealed she was celebrating 20 years in TV.

Charlotte, 44, then showed some old photos of her when she first started her career, and then Ben did, too.

When it came to Kate’s throwback, she could hardly believe what the researchers had picked out.

The throwback image came up on-screen, which showed Kate in a tight-fitting pink top.

“What’s going on there?! What the heck?” was Kate’s response when she saw the snap.

As Ben and Charlotte laughed, Ben teased, “we’re back in the jungle!”

What was I doing? Actually, let’s not dwell on it. It was probably something ridiculous.

The photo, from 2000, caused Kate to ask, “What was I doing? Actually, let’s not dwell on it. It was probably something ridiculous.”

Another, less bustier throwback image flashed up onscreen, showing Kate in a stylish pose chatting on a mobile phone.

She said it was her ‘catalogue look’.

Ben said: “That’s like something out of Mad Men that picture there.”

“Well, that was my era,” Kate quipped.