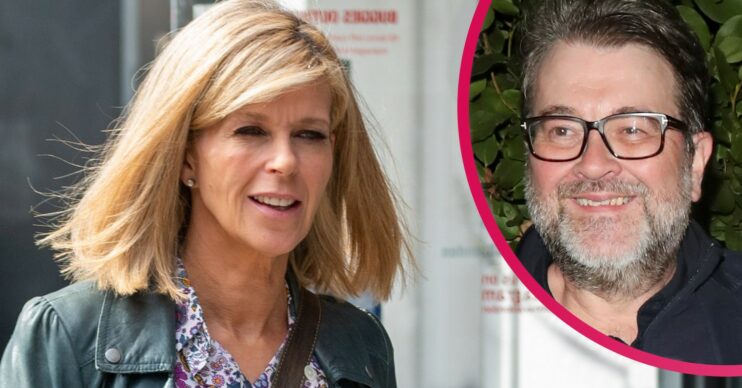 Kate Garraway has said she’s planning a follow-up to her documentary Finding Derek following her win at the NTAs.

However, the Good Morning Britain host said her husband Derek Draper – who is battling the after-effects of COVID-19 – has a “very short window of energy”.

Kate won Best Authored Documentary at the National Television Awards earlier this week for her ITV show, which followed the couple’s lives as Derek battled the virus.

Speaking to The Sun, Kate said: “We are going to make another documentary – there are plans for more.

“Derek has a very short window of energy, but we are trying.

“He has been home for four months now and it was enough for him being home.”

She added that they “really hope we can have more and more people in to see him”.

Derek spent over a year in hospital after contracting coronavirus which ravaged his body.

In April this year, he returned home and is receiving round-the-clock care as he battles the after-effects.

At the NTAs on Thursday night, Kate got emotional as she accepted the award for Finding Derek.

She said during a speech: “We want the joy back, we want it to be over; but if you’re still living with the scars, the fight goes on.

Meanwhile, Kate revealed the touching moment she told Derek they had won an award.

Sharing a photo of a FaceTime call between her and Derek, Kate is seen holding up the award as he smiles.

Kate said: “Have been in such an emotional daze all night I failed to get a single photo of me or the brilliant @flickerproductions team who made #findingderek.

“But maybe this is the photo you most wanted to see anyway – Me FaceTiming Derek (via Darcey’s phone!) to tell him we had won!

“From him and from the bottom of our family’s hearts THANKYOU.

“For all who are struggling on and holding on to hope – this is for you.”

Fans congratulated Kate and Derek as one person commented: “I don’t think anyone had a dry eye for you Kate. Very well deserved.”