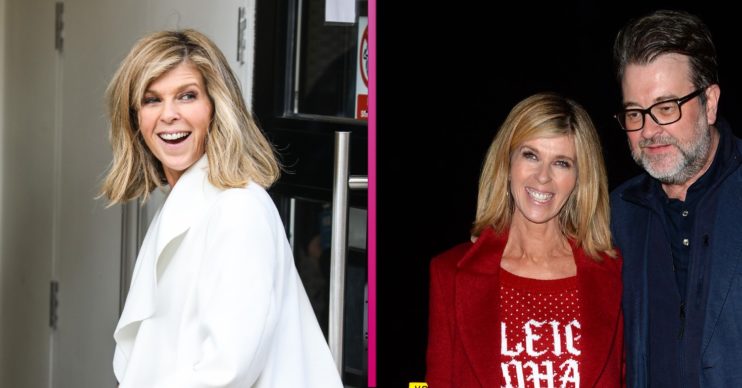 Kate Garraway news: Star reveals husband Derek’s words to her as he was taken to hospital

Kate said he also sent her "desperate" texts from hospital

In latest Kate Garraway news, the star has shared the heartbreaking words her husband Derek said to her as he was taken to hospital.

The star’s husband contracted COVID-19 and battled the deadly virus last year. He is still handling the aftermath and effects of ‘long Covid’.

Derek is now currently receiving round-the-clock care at the family home in London.

What were Derek’s words to Kate Garraway?

In her new memoir, The Power Of Hope – being serialised by The Mail on Sunday – Kate opens up about the struggle her family has faced with Derek’s illness.

As he was lifted into an ambulance, Kate writes that Derek told her: “This is not the last time you will see me. It isn’t.”

However, the Good Morning Britain presenter admits: “He would never have said that if at least a small part of him hadn’t been wondering if it was.”

Additionally, she then reveals he told her during one phone call: “I want you at the funeral.”

She also writes: “His messages became more and more desperate. They were heart-breaking to read.”

Derek is now at home with Kate and family

Kate and Derek have two children, 15-year-old Darcey and 11-year-old Billy. The past year has hit the family hard, and doctors have warned that the fight isn’t over yet.

Recently, Kate thanked the support team that cares for Derek whilst he recovers at home.

She said: “We all know, don’t we, that carers are incredible – we’ve said it so much this year.

Earlier this week, Kate told ITV viewers: “It has been wonderful having Derek at home. There have been lots of little positives – moments of recognition and reaction.”

She added: “And he actually said something the other day.

“I walked in the other morning just before I left to go to Smooth [radio] to say, ‘I’m off to Smooth now,’ and he said, ‘New dress?’ which was just amazing. And it was, actually!”