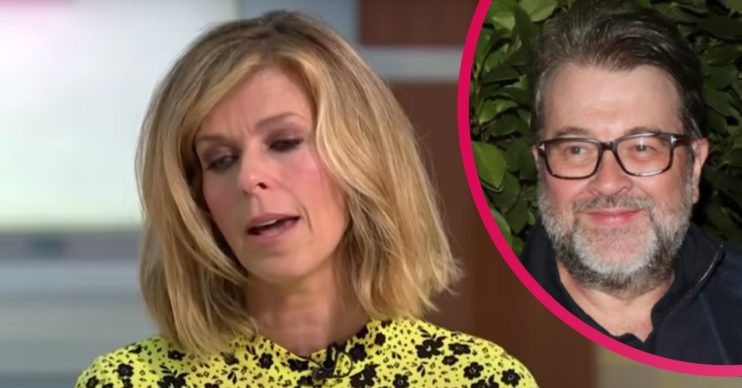 Kate Garraway news: Derek Draper may not ‘have any kind of life again’, GMB host fears

Kate Garraway fears her husband Derek Draper may not “have any kind of life again”, according to a news report.

Speaking to The Times, the Good Morning Britain presenter likened Derek’s condition to a “horror story”.

Derek was hospitalised due to coronavirus last March and later placed in a coma, which he emerged from in July.

The 53-year-old is still in intensive care. It is thought he is the longest-surviving COVID patient in the UK.

Derek has suffered a series of devastating medical problems due to the bug. His health conditions have included kidney failure, damage to his liver and pancreas and lung infections.

The former political advisor has also lost eight stone and his heart has reportedly stopped beating more than once.

Despite his long battle, Kate remains unsure whether he may ever recover from being ‘locked in’.

She said, speaking to The Times: “The very worst moment was when they said he could be locked in forever. And I just thought, this is a horror story.

“I don’t know if he’ll ever have any kind of life again. We just don’t know.”

Kate has been warned a good recovery is “highly unlikely”. But doctors have also told her a “reasonable” recovery may be possible.

That “reasonable” recovery prognosis might take the form of Derek being able to lift a hairbrush in the future, for example.

The very worst moment was when they said he could be locked in forever.

Kate has also been readied on several occasions for Derek’s imminent passing.

One instance saw her informed he ‘may’ have died. But after hours on the phone waiting for more information, it turned out someone else with a similar name had passed away.

Mum-of-two Kate will soon offer more insight into her family’s struggle in an ITV documentary.

The presenter will also meet other COVID survivors in Kate Garraway: Finding Derek.

ITV said: “In a special one-off film, Kate Garraway offers an intimate insight into coping with the impact of COVID-19 as her husband Derek Draper remains seriously ill a year on from contracting the virus.

“Presenter and journalist Kate offers an unflinching account of the profound effects on her family and on others as she opens up on camera for the first time on the reality of the past 12 months.”