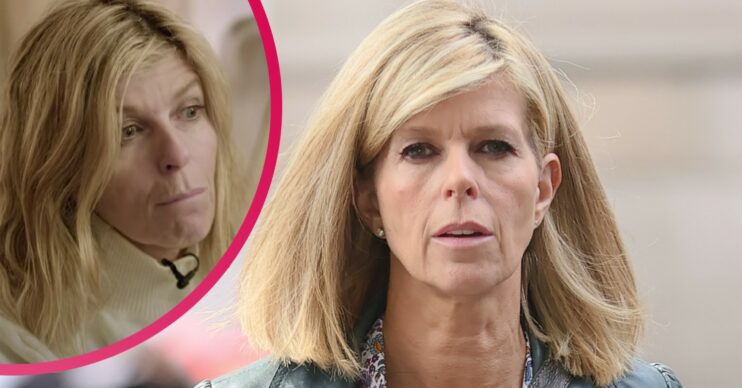 The Good Morning Britain presenter's husband, Derek, is still battling the after effects of COVID-19

Kate Garraway has issued a plea to anti-vaxxers as her husband Derek Draper continues to battle the life-changing effects of COVID-19.

Good Morning Britain presenter Kate has given a new interview to the Telegraph’s Stella magazine in which she was asked how she feels about those refusing the vaccine.

As the groundbreaking vaccines are rolled out around the world, some people are refusing to take it.

In response to those conspiracy theorists and anti-vaxxers, Kate says: “Listen, I just don’t have the mental space to feel angry.”

However, she continued: “I also get why people feel they should be allowed to make decisions about their own bodies.

“But all I would say to those people is, ‘Come and spend an hour in our house.’ Because if you knew that two shots would prevent that happening to somebody you loved… I don’t think you’d be left in any doubt.”

How is Derek’s recovery going?

After contracting COVID-19, Derek was put into an induced coma to protect his vital organs.

He stayed in hospital for over a year and has sustained damage to his liver and pancreas as well as clots on his lungs.

The former spin doctor is now fed by a tube and requires round-the-clock specialist care. The couple’s house had to be adapted to accomodate his return home.

Kate has said her husband’s recovery is a very slow process, though she is certain being at home with family is helping him.

And now she admits: “The prognosis is far from clear. The doctors have said: ‘We don’t know the final destination, but we do think there will be progress’

“So I’m just going to keep looking for the good things to come out of every day.”

However, she cautioned: “Although there are extraordinary little moments that keep you gong, it’s not as though there is something every day taking us forward.”

Read more: Derek’s recovery: Kate Garraway taking it one day at a time

She received a standing ovation at the O2 Arena as she accepted the award and became emotional during her speech.

She told the audience “I just want to say to all the Darceys, the Billys, the Dereks, and Derek’s family that whatever you’re going through and however you’re affected, you’re not forgotten.

Less than a week later, Kate was presented with a TRIC award for her 25-year broadcasting career.