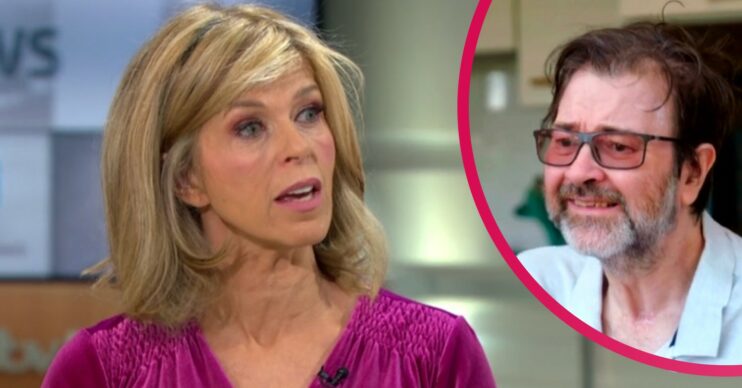 Kate Garraway has been forced to make a “terribly sad” decision about her husband Derek Draper.

The 54-year-old presenter has been forced to shut down her husband’s business after it reportedly racked up debts of over £200k when he was struck down with COVID-19.

Kate has been forced to make a devastating decision on behalf of her husband, Derek, recently.

Good Morning Britain star Kate was apparently left with no choice but to shut down her husband’s once successful psychotherapy company.

Derek set up Astra Aspera LTD in 2011, and it earned a reported £1m in the year before he was struck down with OVID.

Earlier on in the month, it was reported that Kate was determined to save her husband’s company.

However, her efforts proved to be in vain, and she was forced to accept that it had to be shut down.

In March 2020, Derek was hit hard by COVID. He spent a year in hospital and is now seriously incapacitated.

While he was ill with the virus last year, Kate was appointed as a director at the company.

However, the debts started adding up, making it more and more difficult to keep the company in business.

“It’s terribly sad, but Derek can’t work and has no prospect of being able to do so in the near future, so Kate thought it best to close it down,” a friend of Kate’s told the Daily Mail.

ED! has contacted Kate and Dereks’ reps for comment.

What else has Kate been up to recently?

Kate’s already had a busy start to 2022, and it looks like this is going to continue going forward.

It was recently announced that she would be hosting a Saturday morning show on ITV in the spring.

Kate’s new show, Garraway’s Good Stuff, will be a lifestyle magazine show, where she will be joined by friends and celebrities alike. The new series will initially run for 22 60-minute episodes.

Whilst this is undoubtedly exciting news for Kate, not everyone was happy. Some ITV viewers claimed that the new show is “yet another sympathy show for her”.

“Sorry but Monday to Friday is enough for me Kate,” one tweeted upon hearing the news.

However, others were more positive about the news. “Fantastic news. Well done Kate!” one said.