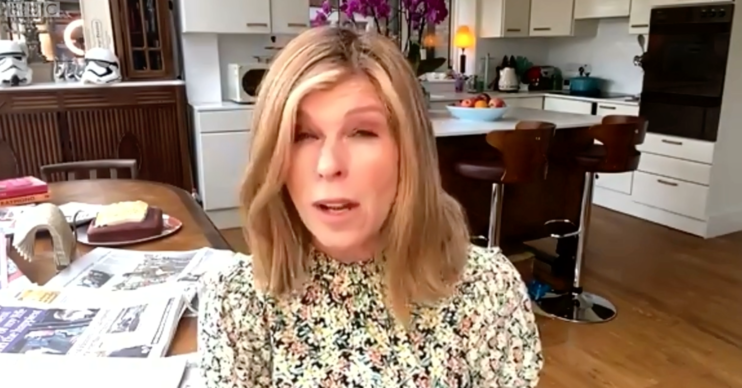 Kate Garraway has given an update on husband Derek Draper six weeks after he was finally allowed home.

Appearing on The Andrew Marr Show this morning (Sunday, May 23), the GMB presenter explained: “He came home on April the 7th so we’re a few weeks into it now.

“How is he? Look, he’s devastated by Covid.

“He can’t really move, his communication is very minimal. There are moments when there’s up, in those moments you feel you know he’s in there.

“He has a lot of memory. But the accessing of it is very limited. So how is he? He’s a long way from the Derek Draper that you know Andrew, but he’s home and he’s alive and he’s asleep now.”

Andrew replied: “Give him all our love and all our very best wishes.”

Earlier this month Kate, 54, offered a slightly more uplifting update on her husband.

She told ITV colleague Lorraine Kelly: “I came in this morning and said, ‘I’m all ready’ and my mum and dad are there and of course the nurses are there.

“It makes me feel a bit emotional actually. But it’s happy tears. I won’t look at you for the moment,” as she became teary.

“I would say [it’s] miraculous but I don’t want to band that word around too much.

“Not to be technical about it but that is massive and obviously wonderful because that’s what I want to hear.

“I told him the night before and I had to prompt him but he held that idea that it’s my birthday and signs like that are fantastic.”

The mum of two revealed in ITV documentary Finding Derek that she was transforming their London home to accommodate Derek’s  needs.

The former downstairs office has been converted into a bedroom and the the bathroom into a wet room.

Has Covid had a catastrophic effect on your life? Leave us a comment on our Facebook page @EntertainmentDailyFix and let us know.