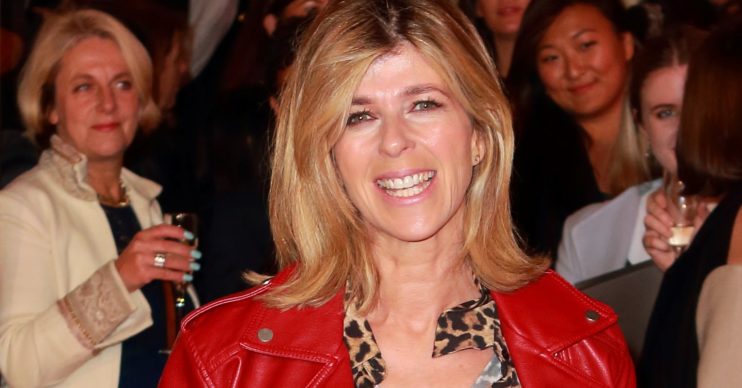 Kate Garraway feels like she’s ‘fallen down a rabbit hole’

Husband Derek Draper is fighting for his life in hospital

Kate Garraway feels like she’s “fallen down a rabbit hole” amid her husband’s coronavirus battle.

The 53-year-old TV presenter has admitted her husband, Derek Draper, saw his health deteriorate in dramatic fashion after he was first diagnosed with the disease.

Derek didn’t have the normal symptoms

She recalled: “He had none of the symptoms – no cough, no temperature.

“Even when he got to hospital, and tested positive for the virus, doctors were very hopeful of recovery.

“There’s a text from him on my phone saying, ‘The doctors have been round, they’re saying I’m definitely not going to die. I’m doing great’.

“But it escalated from there. He said he felt like he was constantly on the moment of suffocating, all of the time. He had to take it second by second … Another breath, another breath. They then put him in a coma.

“I feel like I’ve fallen down a rabbit hole – and never quite hit the bottom, thank God, because I think the bottom would probably be finding out he’d died.”

Kate also thinks Derek would be “proud” of how she’s coped with the situation.

The Good Morning Britain host – who has been married to Derek since 2005 – told The Sun on Sunday newspaper: “I hope he’d be happy with how I’ve been handling it all. I also think he’d say the house is very untidy!

“I think he would be proud and know that I’m trying. I hope that I’ve done what we would have done together.

“There have been so many times when I’ve almost gone to call him, then thought, ‘What am I doing?’ I just know that I love him and really miss him.

“I have been contacted by thousands of people from Derek’s life – patients he’s helped with his psychotherapy and people he worked with in politics. I’m not sure he knows they all feel like that.”

Yesterday, Kate revealed doctors had prepared her for the ‘second worst case scenario’ that Derek may never wake from his coma.

Although he is now COVID-free, his body has been significantly damaged by the virus, including leaving him diabetic, which he wasn’t before.