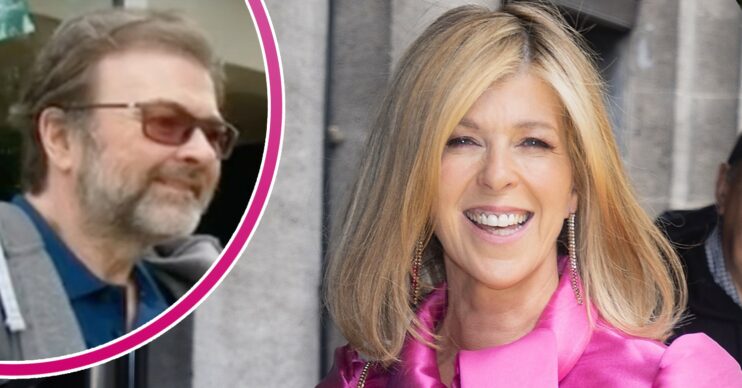 Kate has had time off after a downturn in Derek's health

Kate Garraway has confirmed she will return to hosting GMB tomorrow after she took time off to be by husband Derek Draper‘s side.

Derek was taken to hospital again earlier this month in what Kate has now described as a “frightening and unexpected” turn for the worse.

Kate has been absent from Good Morning Britain while she stayed with him as he fought for his life again.

Read more: Kate Garraway: A timeline of Derek’s health as he returns to hospital

However, the presenter has now revealed she is set for a return to hosting duties. Kate will be back on GMB on Monday, August 1.

She revealed her news on social media.

“Thank you so so much for all your messages of support – they really do mean the world,” she said.

“I’ve been off GMB and Smooth Radio as Derek’s health took an unexpected and frightening turn for the worse that landed him back in intensive care and fighting for his life – again,” she continued.

In a second tweet she added: “Thanks to the extraordinary NHS team and his own amazing life force and spirit Derek, please God, is back on the right side of it now.”

She then announced her return to work on Monday, August 1: “I’m so looking forward to seeing you all back on GMB from 6am tomorrow.”

Thank you so so much for all your messages of support – they really do mean the world. I’ve been off @gmb @smoothradio as Derek’s health took an unexpected & frightening turn for the worse that landed him back in intensive care & fighting for his life – again .

Thanks to the extraordinary @nhs teams & his own amazing life force & spirit Derek please 🙏 god is back on the right side of it now and Im so looking forward to seeing you all back on @gmb from 6 a.m tomorrow & @smoothradio – hopefully celebrating an @lionesses #worldcup win! ❤️

Kate has had time off

On July 27, a GMB rep told ED! that: “Kate is taking some time off work over the next few days, and is hoping to be back to her normal presenting duties as soon as possible.”

At the time it was not revealed how serious Derek’s condition was.

Derek has suffered with ongoing health issues since falling ill with COVID in March 2020 and he even fell into a coma.

He was released from hospital last year, but still continues to struggle with his health.

Recently, Derek’s health suddenly took a dramatic turn for the worse and he was taken to hospital again.

Kate remained by his bedside and has not returned to work since.

Ben Shephard was among those who sent a heartfelt message to Kate during her absence.

Lorraine Kelly also sent her get well wishes to Derek. She said: “I just wanted to say, we are obviously sending all of our love to our Kate.

“I know a lot of you have seen in the newspapers and online that Derek is back in hospital and obviously, you know, battling the effects after COVID.

“We just want to send our love to them, don’t we?”

Praising Kate, she added: “She’s amazing. Not one to complain or say ‘why me?’ or any of that. She’s incredible.”