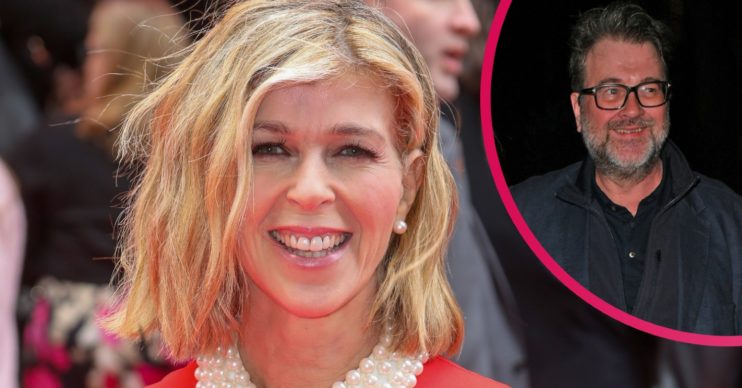 The GMB host says she was worried she'd be bombarded the nasty messages.

Kate Garraway has said she feared ‘nastiness’ from trolls over her husband Derek Draper’s battle with coronavirus.

But the GMB star, 53, says she has been amazed over how ‘supportive’ the public has been.

Her husband Derek, also 53, tested positive for COVID-19 back in March.

He has remained in hospital ever since, and was put in an induced coma.

Kate opened up about her husband’s ill health while speaking to You magazine.

She admitted: “I anticipated nastiness, but the truth is I haven’t been trolled at all.

“Everyone has been staggeringly supportive.”

She also said she has deliberately tried to stay positive on GMB when discussing Derek.

While she may struggle in private, she wants to stay upbeat for her fans.

She is trying to stay upbeat

She explained: “I very consciously didn’t want to talk too much on air about the sadness of Derek.”

The mum-of-two was finally able to visit Derek in person back in July.

For months prior she had only been able to see him via video calls.

She told Ben Shephard that this meeting was particularly tough – as it was their son’s birthday.

She said on GMB: “It was quite a tough visit yesterday. He’s had a tough couple of weeks. It’s just frustrating.

Kate added: “But it’s always lovely to see him, so it’s wonderful to have the chance to do that.”

She also shared in another GMB episode how severely coronavirus has wrecked Derek’s body.

She said: “Let’s look at some of the positives. He’s now COVID-free so he’s testing negative for the Covid virus.

“The fight with the virus has been won and he’s still here. But it’s wreaked extraordinary damage on his body and we don’t know if he can recover from that.

“It’s affected him from the top of his head to the tip of his toes.”

She has just recently returned to her Smooth Radio hosting gig.

Taking to Instagram, she said she hopes Derek will be able to hear her voice.

She shared: “Things are still hugely challenging and a long way from being normal, but I’d like to think that this will give Derek yet another opportunity to hear my voice as well as many of the songs we both love.”