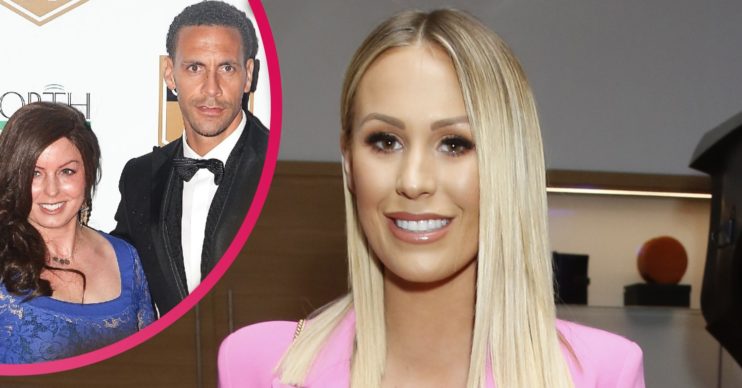 What a touching gesture on a sad day

Kate and Rio Ferdinand have paid an emotional and heartfelt tribute to Rio’s late wife Rebecca on what would have been her 40th birthday.

On what would have been a milestone birthday, heavily pregnant Kate joined Rio as he met up with Rebecca’s parents to mark the occasion.

A source told The Sun: “Kate was determined to attend the gathering despite being heavily pregnant and not finding it easy.

“It meant everything to Kate that she could show the Ellisons how much she cares by joining in the stroll and meal out.”

Snaps showed Kate accompanying Rio and stepkids Tia, nine, Tate, 12, and Lorenz, 14, on the night out.

How has being a stepmum affected Kate?

Earlier this year, Kate and Rio appeared in a BBC One documentary.

In Rio and Kate: Becoming A Stepfamily, Kate opened up about how hard it was to become a stepmum.

“I just want the children to be happy,” she said during the moving film.

It’s hard for us so I just can’t imagine how hard it is for the kids.

“It’s hard for us so I just can’t imagine how hard it is for the kids.”

Rio added: “There ain’t no manual that tells you how to become a stepmum.”

During the documentary, Kate also said she felt guilty being married to Rio.

With old photos of Rebecca around the house, there were also old clothes in the cupboard.

Kate said: “I feel like people don’t see this side of things, like all of Rebecca’s clothes are in the cupboard.

“I can’t explain the feeling, but I just feel really guilty to even be in here.

“I feel bad because, like, why should this all be in here, but then, should I be in the cupboard?”