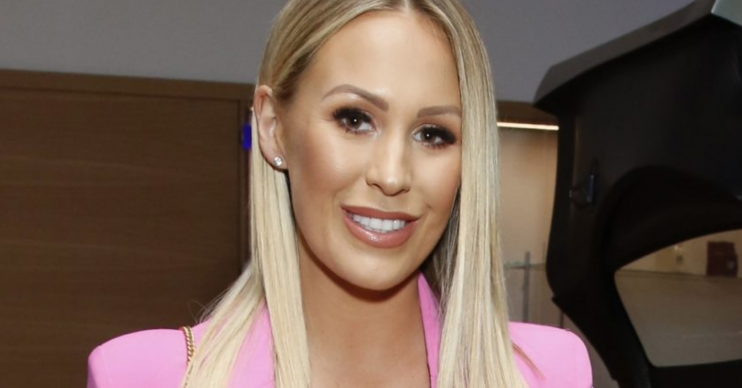 She was left comparing herself to supermodels

Kate Ferdinand has spoken out about overcoming her ‘obsession’ with going to the gym.

The ex TOWIE cast member told MailOnline she was at one time so caught up with working out that she felt compelled to do so in order to maintain her appearance.

However, reality TV personality Kate now believes she hits the gym to keep her fitness up, rather than to “look good”, meaning she doesn’t “freak out” if she misses a session.

Describing how she had a ‘love-hate relationship’ with herself in her younger years to look a certain way, Kate admitted she had put herself under too much pressure over her appearance.

She told the publication: “I used to be obsessed with going to the gym. I feel like I had to go every day and if I didn’t go then I’m not going to look good.

I’d pick loads of flaws in me and I was comparing myself to unrealistic people.

Insisting her approach now is a lot more “healthy”, Kate also revealed her way of thinking left her comparing her “stumpy” legs to those of professional models.

She added: “I wasn’t seeing what everyone else was seeing so I’d pick loads of flaws in me and I was comparing myself to unrealistic people, like supermodels.”

However, while she still has days where she struggles, Kate – married to ex footballer Rio Ferdinand – believes it is important for her not to compare herself to others.

But she also acknowledges that isn’t always easy to do with social media – and reckons followers believing she may have a perfect life because of what she posts on Instagram does not always match up with how she feels.

A BBC documentary that aired last month revealed that Kate ‘cried every day for a year’ when she first moved in with Rio.

The programme looked at difficulties the couple have experienced as they raise Rio’s three children following the death of their mother and Rio’s first wife Rebecca Ellison, who passed away from cervical cancer in 2015.