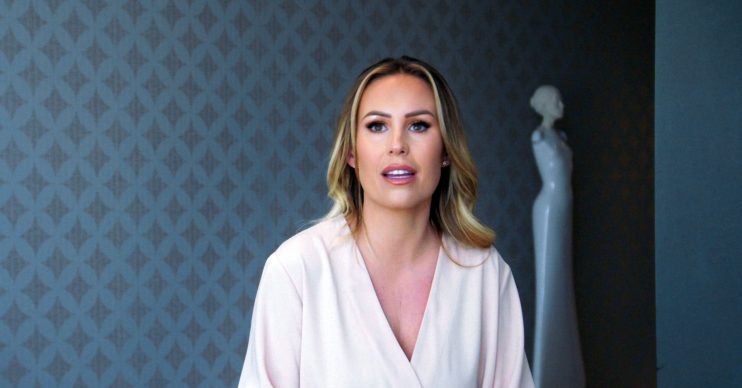 Kate Ferdinand reveals she felt judged by Rio’s family and made mistakes when learning how to be a stepmum in a BBC One documentary tonight.

Kate admits she found learning how to be a ‘mum’ to Rio’s three children Lorenz, 12, Tate, 10 and seven-year-old Tia incredibly hard.

Read more: Kate Ferdinand cried ‘every day for a year’ as she became a stepmother to Rio’s kids

I felt like every mistake I was making was being judged and I found that really difficult.

“And I wanted to be able to be me. You know, I made a lot of mistakes at the beginning, because I wasn’t a mum.

This is a hugely important and personal project for @rioferdy5 and I. For the last year we have been filming a new @bbcone documentary ‘Rio and Kate: Becoming a Step Family’ We have been on such a journey and we really hope the film will help other step families and those experiencing the journey of grief 🙏🏻 coming soon ❤️

“I felt like every mistake I was making was being judged and I found that really difficult.

2018 ➡️ 2019 ❤️ no handstands this year as we have a broken arm 😫Merry Christmas everyone. Hope you have all had a fabulous day ❤️lots of love❤️

The show follows on from Rio’s 2017 documentary Being Mum and Dad, where viewers watched the former footballer and his children struggle to come to terms with the passing of his wife Rebecca, who sadly died from breast cancer in 2015.

And Rio reveals the reasons why he decided to show what happened next after he met Kate:

“I knew from the one before – grown men had come up to me and were just crying. I was trying to explain to Kate how therapeutic this is.”

Read more: Kate Ferdinand says she and Rio ‘saved each other’ and they’re planning for a baby

Kate is shown crying at the start of the new documentary as she writes her own message to Rebecca in a Mother’s Day card to be left at her grave, thanking her for letting her look after her children.

In emotional scenes she reveals: “I found everyone would say, ‘how’s Rio? How are the kids? Are they OK?’ And I’d be like, ‘I’m struggling – hello.’

“I think no one really took me as a person, they just didn’t communicate with me. And I felt like an outsider.”

The couple go on to talk about how some of Rio’s family and friends were sceptical about their budding relationship, worrying that they got together too soon and judging Kate’s ability to look after the children.

Happily, Kate and Rio’s union went from strength to strength and they faced any criticisms together.

“I think we all judge everyone. And I have come from a reality TV show. There’s a lot of drama,” says Kate, who used to be on TOWIE.

“I don’t think you could always see the real me on there. So definitely, I was judged for that. You know, ‘she doesn’t look like the perfect person to look after three children’. But once everyone got to know each other, it’s a different view.”

Rio and Kate: Becoming A Stepfamily is on BBC One tonight, Monday February 10, at 9pm

Visit our Facebook page @EntertainmentDailyFix and let us know what you think about this story.