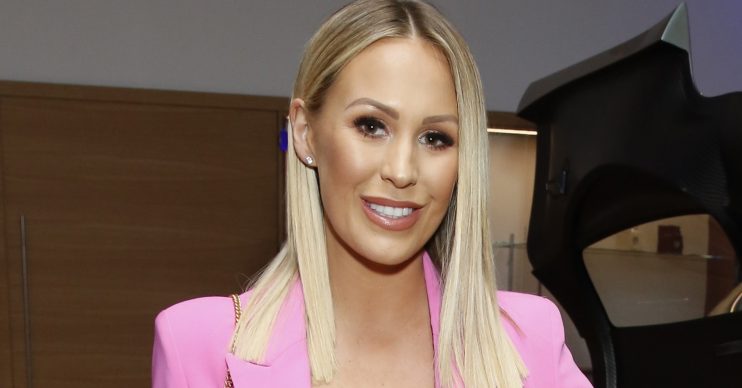 Found things tough when she first moved in

Kate and Rio Ferdinand are set to unveil their deeply personal story when a BBC One documentary airs tomorrow night (Monday February 10 2020).

In Rio and Kate: Becoming A Stepfamily, the newlyweds are set to reveal the difficulties of bringing up Rio’s three children after his first wife, Rebecca Ellison, tragically died from cervical cancer in 2015.

Ahead of the documentary’s broadcast, Kate has revealed that she ‘cried every day for a year’ when she first moved in with Rio.

The Sun reports that Kate, 27, told You magazine that things were tough when she took her relationship with the ex-England footie ace to the next level.

“I cried every single day for a year when I first moved in with Rio.

“It was an incredibly difficult time because his mum Janice passed away just two years after they had lost Rebecca.

I cried every single day for a year when I first moved in with Rio.

“My heart was breaking for them. All I wanted to do was try to fix him, make the kids happy and be as kind and supportive as I could. I gave up my job. I wanted to do everything right. But I didn’t know how to cook.

She also revealed that she kept ‘getting things wrong’ when it came to dealing with the kids’ school, like forgetting to pack their school bags properly or failing to spot an email from one of the teachers.

Kate, who had no children before she got together with Rio, was thrust in the deep end by becoming a stepmother to Lorenz, 13, Tate, 11, and eight-year-old Tia.

She said that she got herself into a ‘right state’ because she felt she was ‘messing up in front of so many people’.

Faced with the stress she said she ‘lost herself’ and couldn’t talk to Rio, 41, about her issues because she didn’t want to sound as though she was moaning.

She said she would often go to her room and ‘cry’.

In the first official trailer, Kate is seen crying when she explains that she just, “want the children to be happy”.

“It’s hard for us so I just can’t imagine how hard it is for the kids,” Kate adds.

– Rio and Kate: Becoming A Stepfamily is on BBC One on Monday February 10 at 9pm