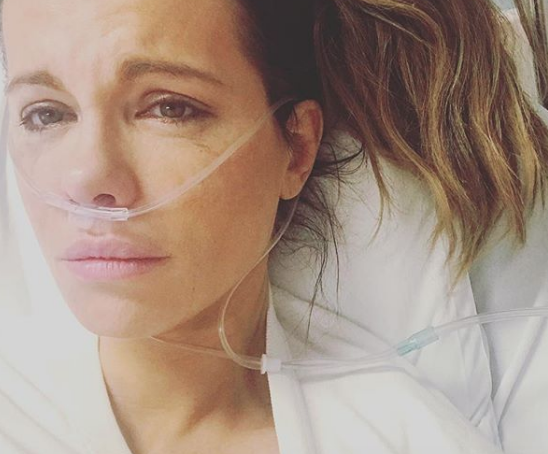 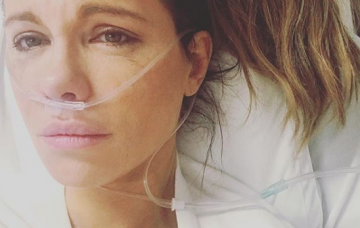 Hollywood star Kate Beckinsale has been hospitalised after suffering a ruptured ovarian cyst.

She also told how she had been left in tears by the strong medication taken to help relieve her agony.

Alongside the picture of her with a cannula attached to her nose, Kate wrote: “Turns out a ruptured ovarian cyst really hurts and morphine makes me cry. So thankful to everyone who looked after me #wobbly.”

Another image showed the British film beauty with her back to the camera as she curled up in her hospital bed.

And although the Underworld star didn’t give any further details on her condition, it is believed surgery on a ruptured ovarian cyst is only carried out in severe cases.

It is thought to occur when a cyst inside the ovaries becomes so large it presses against nerves and eventually breaks.

Concerned fans were quick to offer the London-born star their prayers and best wishes.

“Hate to see you like this, please keep strong,” commented one follower.

Another added: “Sending positive vibes on a fast speedy recovery.”

Mum-of-one Kate recently revealed she would be open to having another child, but isn’t sure she wants to get “annihilated” again after spending her 20s caring for her daughter Lily, 19.

She said: “I definitely would, but then I think ‘Oh God, I annihilated my twenties and I suddenly get a taste of freedom and annihilate myself again?’ But I am open to seeing what happens.”