After tying the knot last autumn, Kate and Rio Ferdinand have revealed they have been working on a "hugely important and personal project" together.

Explaining that they want to "help those experiencing the journey of grief", the newlyweds revealed that they have been working on a new BBC documentary.

The one-off show will follow their struggles as a stepfamily as Kate becomes stepmother to Rio's three children following the death of their mother Rebecca Ellison. 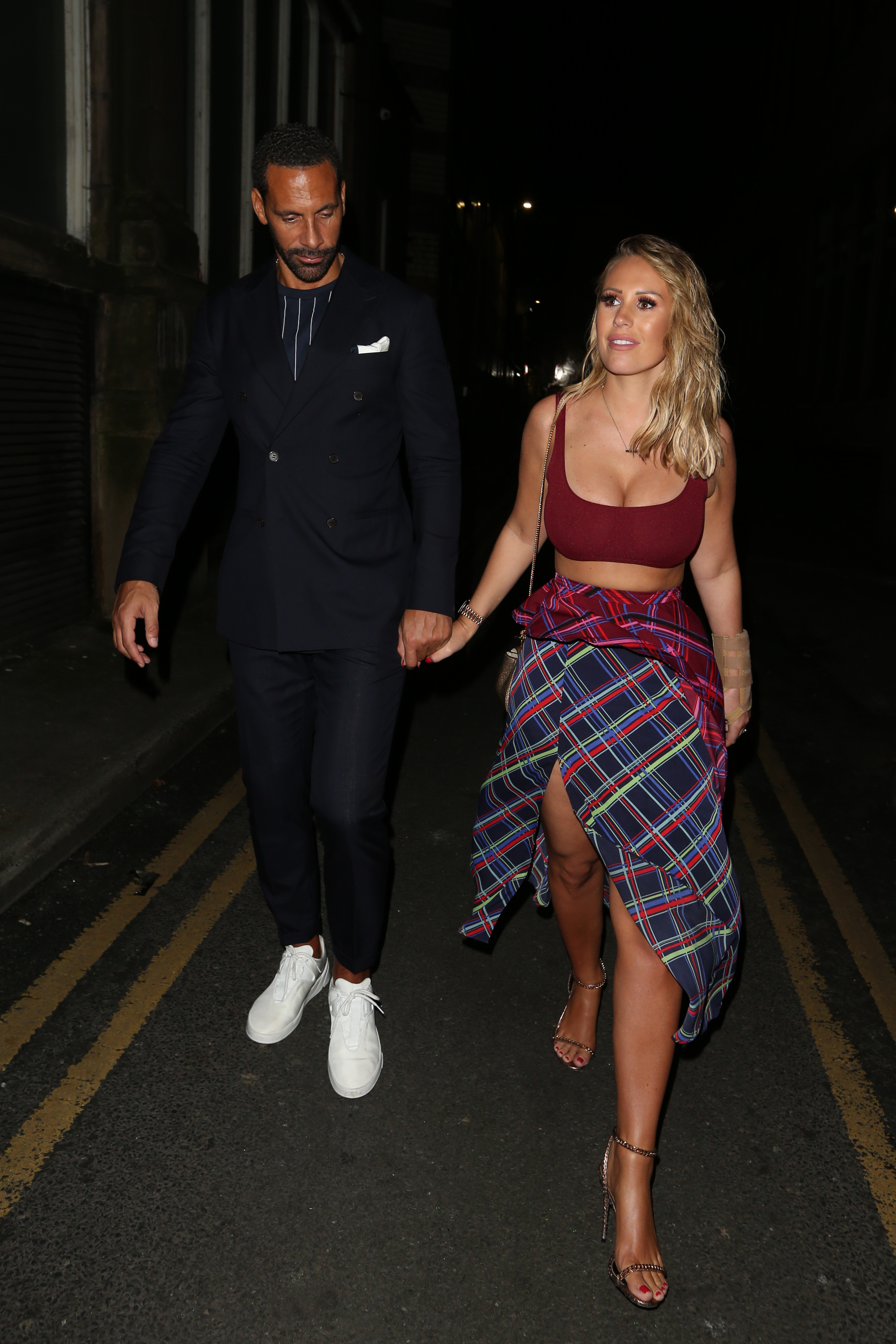 Kate and Rio have revealed they are making a new documentary (Credit: Splash News)

Announcing the news on Instagram, fitness fan Kate said: "This is a hugely important and personal project for @rioferdy5 and I."

She added: "For the last year we have been filming a new @bbcone documentary, Rio And Kate: Becoming A Step Family."

She said: "We have been on such a journey and we really hope the film will help other step families and those experiencing the journey of grief."

For the past year, myself & @xkateferdinand have been filming a new @bbcone documentary... it’s been a huge personal journey and by doing this, we hope the film will help other step families & those experiencing the journey of grief! Stay Tuned 🎥 Rio and Kate: Becoming a Step Family

The "deeply personal" documentary will show the months leading up to their wedding, and look at the "emotionally complicated dilemmas" that the family face together.

We have been on such a journey and we really hope the film will help other step families and those experiencing the journey of grief.

Kate, Rio and the kids are just back from spending Christmas in the Maldives.

2018 ➡️ 2019 ❤️ no handstands this year as we have a broken arm 😫Merry Christmas everyone. Hope you have all had a fabulous day ❤️lots of love❤️

The couple said: "The positive response to Being Mum And Dad in 2017 and the way it helped others going through a similar situation was overwhelming. For that reason we were both compelled to tell the next chapter in our lives together."

Kate recently opened up about the struggles she has faced becoming stepmother to Rio's three kids.

During an argument, they told Kate she wouldn't understand because she "isn't a mum".