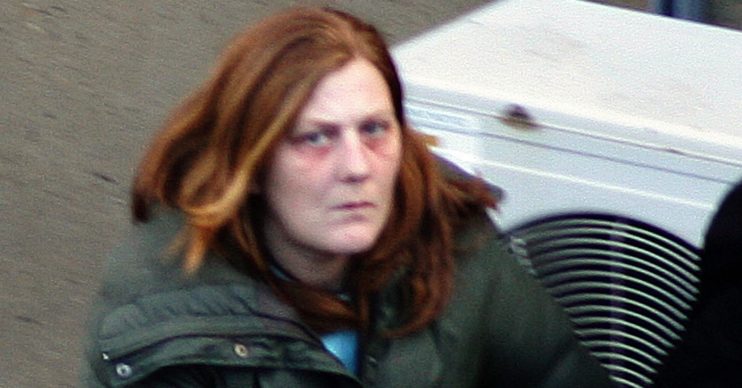 Paul Saunders was jailed for five years in 2010

Karen Matthews, who faked her own daughter’s kidnapping, is reportedly engaged to a convicted paedophile.

Matthews, who served four years in jail – half her eight-year sentence – for plotting to abduct her nine-year-old daughter Shannon in 2008, has been spotted wearing an engagement ring while out shopping this week.

It’s been said that her new fiancé Paul Saunders popped the question at Christmas.

However, it’s now emerged that Saunders was jailed for five years in 2010 after admitting engaging in sexual activity with a child, making indecent images of a child and two counts of sexual assault, The Sun reports.

Saunders abused a teenager between 2006 and 2009 when she was aged between 15 and 17 and indecent images of the girl were found on his phone.

The publication reports that Saunders was only caught after he was jailed for eight weeks for benefit fraud in May 2009.

Both of them have been walking round like teenagers.

He was placed on the sex offenders’ register for life and his victim, who is now an adult, said after he was jailed: “He makes me sick. He should die. I hate him.”

According to The Sun, Matthews met Saunders when he did an odds job at her home.

It’s been said that she told him about her criminal past and he “seems unconcerned”.

A source is reported to have said: “She is in love with him. Both of them have been walking round like teenagers.

“The ring is like Princess Diana’s design. She apparently bought it herself with money she saved. He knows who she is but he can’t be bothered about her past. He’s been staying over pretty often.

“I just think it’s disgusting that anyone could want to be in a relationship with her.”

Matthews’ daughter Shannon Matthews was drugged and hidden ­under a bed in Dewsbury, West Yorkshire, in 2008.

Matthews and her then-boyfriend Craig Meehan’s uncle Michael Donovan carried out the kidnap and planned to share prize money after gaining publicity.

Shannon was found by police after 24 days and Matthews served four years in jail and was released in 2012 with a new ID.

Following her release, Matthews moved to a secret home in the South of England.