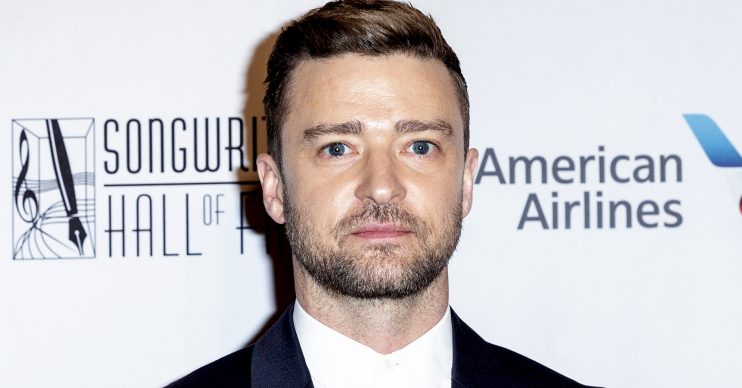 He says he wants to set a better example

Pop superstar Justin Timberlake has apologised to Jessica Biel after he was photographed holding hands with another actress.

Justin, 38, said he ‘displayed a strong lapse in judgment’ and that he ‘should have known better’.

Taking to Instagram, the Cry Me A River and SexyBack star issued an emotional statement, which said: “A few weeks ago I displayed a strong lapse in judgment.

“But let me be clear, nothing happened between me and my co-star

“I drank way too much that night and regret my behaviour. I should have known better.

This is not the example I want to set for my son.

“This is not the example I want to set for my son.

“I apologise to my amazing wife and family for putting them through such an embarrassing situation, and I am focused on the being the best husband and father I can be.

Valentine’s ALL DAY, EVERY DAY since I found you. ❤️

Justin and actress, Jessica, 37, married in October 2012, and were thought to have one of the strongest marriages in Hollywood.

But several weeks ago, Justin was spotted on a night out in New Orleans with current co-star Alisha Wainwright.

The Sun claimed that Alisha was seen ‘touching the knee’ of Justin, before ‘he took hold of her hand’.

The pair were filming the movie Palmer together.

You watch #RaisingDion yet? Asking for a friend.

A spokesperson for Alicia said after the image came to light: “There is no validity to this speculation. They are working on a project together.”

Another source told US magazine, People, that “the video may look a way, but literally it was nothing. It was some friends, members of the team, crew and people like that.

“They all know each other and were hanging. Like come on, they’re on an open balcony in New Orleans and he’s famous. It was nothing.”