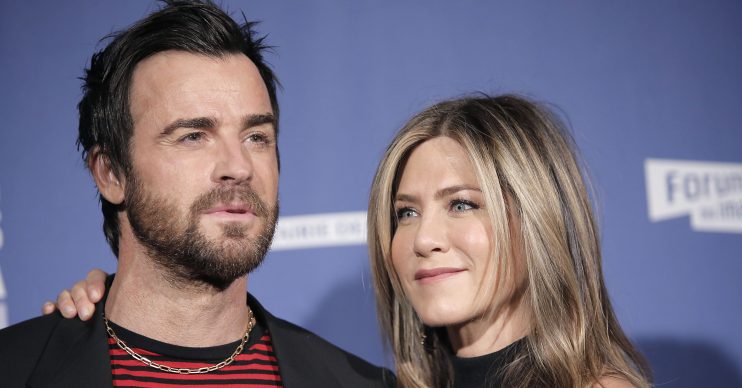 The couple are friends again

Jennifer Aniston and her ex-husband Justin Theroux have reportedly reunited.

However, sadly for the one-time couple, it wasn’t in happy circumstances.

The former Friends star and the Girl On The Train actor were left devastated when their beloved dog Dolly passed away this week.

Uploading pictures of Dolly to Instagram, Justin shared images of what looked like a spiritual ceremony as they said goodbye to the white German shepherd cross.

He revealed that Dolly was surrounded by her family when she passed, and posted a picture of what appeared to be himself and Jennifer holding hands as they said goodbye to their pet.

The couple split in 2017 after two years of marriage.

Justin captioned the photo: “Tonight, at sunset, after a heroic struggle… our most loyal family member and protector, Dolly A. laid down her sword and shield. She was surrounded by her entire family.”

Tonight, at sunset, after a heroic struggle… our most loyal family member and protector, Dolly A. laid down her sword and shield. 🐺💔 She was surrounded by her entire family. “The one that never deserts, the one that never proves ungrateful… is the dog— faithful and true, even in death.” -George Vest Rest In Peace Dolly #adoptdontshop #rescuedog

He also quoted former American politician George Vest as the post continued: “The one that never deserts, the one that never proves ungrateful… is the dog – faithful and true, even in death.”

Read more: Cheryl reveals the secrets of her sensational figure

The couple’s showbiz friends were quick to offer their condolences, with Jennifer’s Friends co-star Courteney Cox among the first to comment.

She said: “We love you Dolly.”

And, as Dolly was a rescue dog, Justin urged his followers to “#adoptdontshop”.

After the couple split, actress Jennifer took care of Dolly, a terrier named Clyde and a pit bull mix called Sophie at her home in Los Angeles.

Justin looks after their other pit bull and is often seen walking his four-legged friend in New York.