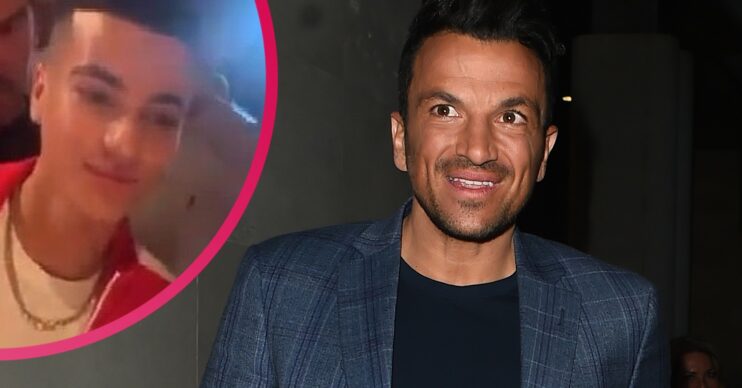 Junior Andre’s first-ever song, Slide, is coming out soon and his parents are celebrating the massive achievement.

Junior took to the stage last night (June 15) to perform his song Slide for the first time ever.

“Sun is shining for my first ever performance of Slide tonight. Who’s going to be there? 2 days until it drops,” he proudly wrote on Instagram.

“Well done tonight son,” said his dad, Peter. “You have no idea how proud I am of you tonight son.”

“Born to do it,” he added alongside another video.

His mum, Katie, added alongside a video she re-shared: “So proud of my son.”

Junior was supported by his aunt Sophie Price, as well as his dad, Peter, and 14-year-old sister, Princess.

Junior’s new single SLIDE will be released on Friday (June 17). It comes almost a year after news broke that he had signed his first record deal.

Peter made his son wait until he was 16 to sign a deal because he was the same age when he first signed his own in 1989.

“I’m so proud of him, I wouldn’t let him sign his deal until he was 16, which is exactly the same age [I was] when I signed my deal,” he said on Loose Women last year.

“I’ve actually got a picture of the two contracts, the one Junior signed at 16 and the contract I signed at 16. I should put that up one day.

He later added on Instagram: “You are humble and kind and I can’t wait for everyone to hear the songs. Get ready everyone.

“I’m right beside you the whole way. You are my first experience in management so I hope I and the team help get it right.”

Will you be streaming Junior Andre’s new song, Slide? Leave us a comment on our Facebook page @EntertainmentDailyFix and let us know what you think of this story.