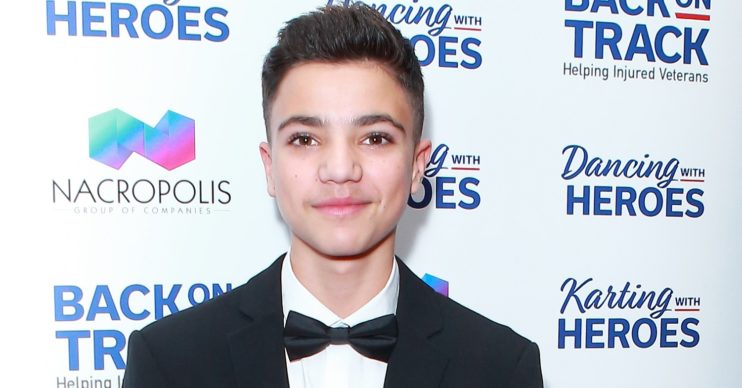 Some think it's too much, too soon

Junior Andre, eldest son of TV’s Peter Andre, has stunned his followers on social media by showing off his abs after working hard at the gym.

The 14-year-old shared a snap of himself on Instagram showing off his ripped abs – and fans think he’s taking after his dad.

What did Junior say?

“Been gyming quite a bit lately,” the teenager told his fans. “I’m nowhere near to what I wanna be, but I’m getting closer and closer…”

He added, with a laughing-crying emoji: “(Mug shot). Why am I so like Mowgli from The Jungle Book?”

While many in the comments were impressed with Junior’s progress to date, others were concerned for the lad, whose mum is Peter’s ex, Katie Price.

Some worried he was hitting the gym far too young and shouldn’t worry too much about his body just yet.

One said: “Don’t over do it, Junior, too young too soon. You are just fine as you are.”

Another wrote: “Young boy, you don’t need to, keep up with dad hey.”

A third said: “But you’re a young boy so watch what you’re doing.”

Someone else told him: “You’re only young, Junior. Just remember that your body isn’t fully developed yet, so don’t put too much pressure on yourself! Xxxx.”

Over the weekend, Junior got everyone talking after his mum Katie shared a video of her 42nd birthday party, which he enjoyed alongside all five of her kids.

And in the clip, posted to YouTube, Junior wowed viewers with his kindness and obvious compassion.

Many in the comments were impressed with his maturity around his older brother, Harvey – who has Prader-Willi syndrome and is partially blind – after he was seen helping the 18-year-old and making sure he was included in everything.

What’s your opinion on Junior’s gym picture? Leave us a comment on our Facebook page @EntertainmentDailyFix and let us know what you think of this story.