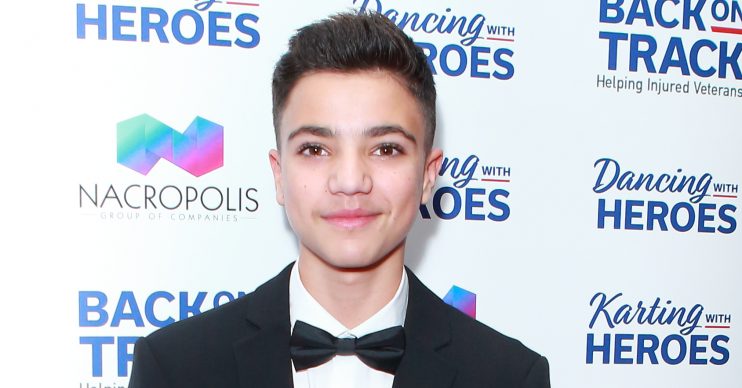 The teenager opened up about his roller coaster life

The teenage son of Katie Price and Peter Andre has spoken out about experiencing a decade of “many lows” in a candid post on Instagram.

Ringing in the New Year on a skiing holiday with dad Pete, siblings Princess, Amelia and Theo and step-mum Emily, the 14 year old was clearly feeling in a philosophical mood.

Uploading a throwback picture of himself dressed as the Incredible Hulk, Junior said it had been a decade of ups and downs for him.

He said: “This decade has been very interesting. There has been many lows. But there has also been many highs.”

Junior added: “This next year and onwards, will be everyone’s lucky years. I’m so excited and love everyone.”

There I was thinking I was a big man (still do) 😂. Not knowing that I’d be as lucky as I am today. Thanks to all my fam. All my mates. N all of u lot 😋. I’m so grateful n can’t wait for 2020. This decade has been very interesting. There has been many lows. But there has also been many highs. This next year and onwards, will be every1s lucky years. I’m so excited n love every1. 💖 let’s start fresh. 😋 happy new year 🎆🎊🎈🤩

Junior’s parents divorced in 2009, with his mum going onto marry Alex Reid and Kieran Hayler.

Pete remarried too, tying the knot with junior doctor Emily.

This decade has been very interesting. There has been many lows. But there has also been many highs.

Another added: “Chin up! You must have it hard with your parents not seeing eye to eye and your mum’s money problems but you are very loved – anyone can see that!”

She is currently holidaying in Thailand with eldest son Harvey, after Kieran and Pete reportedly “banned” her from taking the rest of her kids on the New Year break.