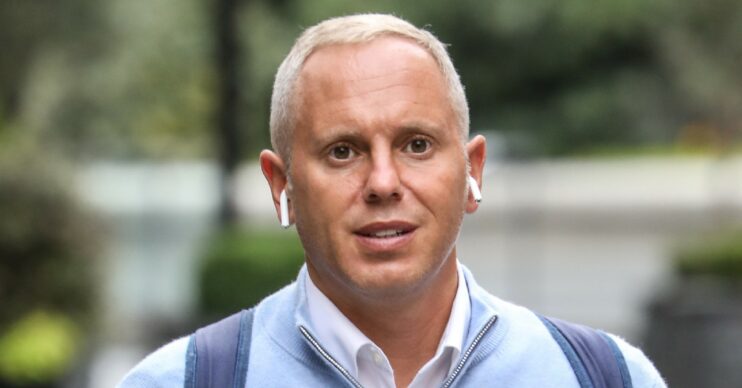 The GMB star will be at the Ukrainian border next week

Judge Robert Rinder has hit back on social media after a troll poked fun at his trip to Ukraine.

The 43-year-old barrister is travelling to the Ukrainian border to meet up with the grandparents of his Strictly partner, Oksana Platero.

Oksana’s grandparents are among millions of Ukrainian nationals attempting to flee the worn-torn country.

He hopes to meet with Oksana’s grandparents after travelling to Poland on Monday.

The GMB star tweeted: “Oksana Platero my Ukrainian dance partner on @bbcstrictly gifted me so much.

“Right now her grandparents are a week into their struggle to find sanctuary in a safe country. I’ll be trying to meet them on the border next week. They’re just a few of the millions who need us @GMB.”

In a separate tweet, Robert added: “Depends on where they make it to but I’ll be at the polish border from Monday.

“If they cross into Hungary the next step will be getting them to safety with their family.”

Hey George, before watching me on tele, I was a lawyer specialising in international law, I’ve dealt with kids in war crimes matters & represented British soldiers serving in Iraq. Listen to @talkRADIO.. & remember – like you – we are ALL more than one thing.

Whilst at the Ukrainian border, Robert will also be broadcasting live for talkRADIO.

The news has been met to plenty of positive comments from fans.

However, one user appeared to poke fun at Robert’s courageous act.

I’ll watch for a laugh.

Shortly after announcing his plans, they wrote: “Like Judge Rinder and if there’s nothing on and I find myself at home, I’ll watch for a laugh…

“But I think sending him to the Ukraine is a bit above his pay grade!”

The message didn’t go unnoticed by Robert, who insisted that he is perfectly qualified.

What did Robert say?

Hitting back at the user, he said: “Hey George, before watching me on tele, I was a lawyer specialising in international law, I’ve dealt with kids in war crimes matters & represented British soldiers serving in Iraq.

“Listen to @talkRADIO & remember – like you – we are ALL more than one thing.”

The barrister has since been inundated with messages over his response.

Read more: Robert Rinder’s brother’s surprising reaction after he came out as gay

Taking to the comments, one said: “It sickens me that, in this day and age, people are still happy to berate others. These people often have no clue about the person they aim their comments at and their attitude speaks volumes about themselves. Stay safe.”

Another supporter added: “Thank you @RobbieRinder where would we be without intelligent, compassionate and selfless people like you. Stay safe and keep up the good fight.”