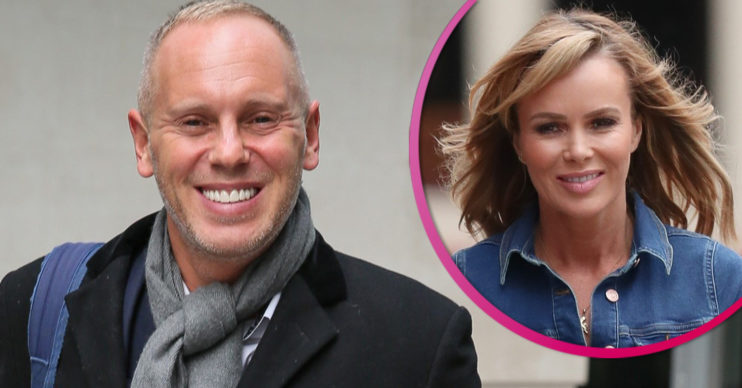 Who wore it best?

He’s known for his cheeky humour but Judge Robert Rinder has taken it one step further with his latest Instagram gag.

In a cheeky snap, Rinder challenged Britain’s Got Talent judge Amanda Holden to a question of ‘who wore it best?’ in a wedding dress.

The barrister, who turned 42 in May, posed for the camera in a strapless dress holding a wheelbarrow as he mimicked Amanda in hers with a lawnmower.

Amanda uploaded a lockdown video of herself in her wedding dress doing some garden work back in April, and it seems Rinder couldn’t wait to retaliate.

The Instagram video caption read: “Nice day for a good mowing! Hope it puts a smile on your face.”

The tongue in cheek Twitter post has already earned comments from his followers who found it hilarious. One said: “OMG im laughing so hard. {Bleep} Brilliant! Of course Rob it has to be you”.

Another shared: “Definitely you Robert. A natural beauty.”

A third said: “Love this and you both look fab but your honour just steals it for me.”

Some fans even wanted to hire him to tidy up their gardens.

Now if your offering garden services, I’m up first.😂😂

Rob you look as adorable as ever. I have a spot of weeding that needs doing if you’d care to attend to it in exchange for a lovely afternoon tea…

During lockdown, Judge Rinder claimed he has put on a stone and a half while in lockdown, and says he ‘can’t look in the mirror’ because of the weight gain. Yet the ITV star looked happy as he posed in the strapless white wedding dress in his garden.

The star spoke out in an interview on This Morning about his recent weight gain. He said: “I have put on just so much weight.

“I’ve turned into my grandma, who, when she’s on holiday, her time is completely curated by what she’s going to eat.”

Robert continued: “That’s basically my day, I wake up and wonder what I’m going to have for lunch. I was pretty fit before this and I still try to keep going.

“But I’ve put on probably the better part of a stone and a half and was feeling very depressed.”

He went on to joke he’d put on the weight ‘of a small child’.