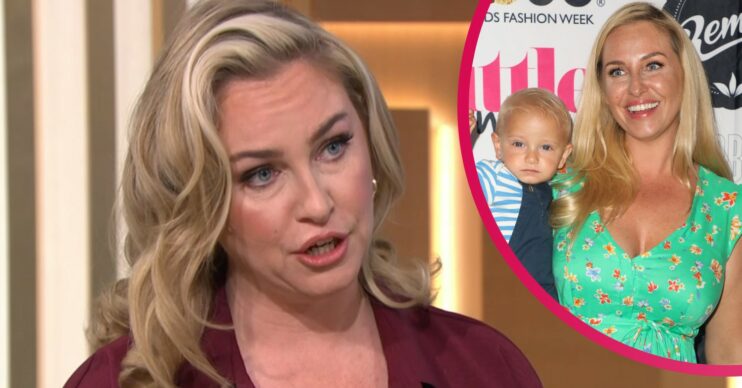 She called little Reggie a 'three-nager'

Josie Gibson has revealed that she turned to homeopathy to help tackle her son Reggie’s “horrendous meltdowns”.

The popular This Morning host shares her three-year-old son with former partner Terry.

After recently going through a “three-nager” phrase with little Reggie, Josie decided to seek out help from a homeopath.

According to the NHS website, homeopathy is a treatment based on the use of highly diluted substances, which practitioners claim can cause the body to heal itself.

Josie explained that due to her “old-fashion values”, she wants to raise Reggie with “respect”.

However, it’s proven slightly tricky for the star in recent weeks.

I always go down the natural route.

Speaking to New Magazine, she shared: “He was really naughty and the last couple of weeks he has been really good! It’s really tricky as he’s gone through the ‘three-nager’ stage [and] the meltdowns are horrendous.

“I took him to a homeopath – I always go down the natural route. We got some drops for him and he’s been brilliant ever since. He’s a really loving little boy, he’s more loving than me.”

Josie added: “I thought it would be the other way around. There’s nothing more special than the love between a woman and her son.”

It certainly isn’t the first time Josie has opened up on the struggles of parenting.

Back in 2020, the star admitted she was at her “wits end” with Reggie as he went through a biting phase.

At the time, Josie said: “I’ve tried everything including – and I’m not proud it – biting him back…

“I’m actually at my wits end with it the amount of parents I’ve had to apologise to.”

She accompanied the message with a shot of little Reggie sitting on the “naughty step”.

Josie co-parents her little one with ex-boyfriend Terry, who she split with four months after Reggie was born.

Meanwhile, it comes days after Josie revealed that her beloved nan had passed away.

Earlier this week, she took to social media to share a touching throwback photo of her nan.

Sharing her grief, she told fans: “No one will forget this woman in a hurry. Love you Nan. Rest in peace.”

The star is yet to confirm any further details of her beloved nan’s death.