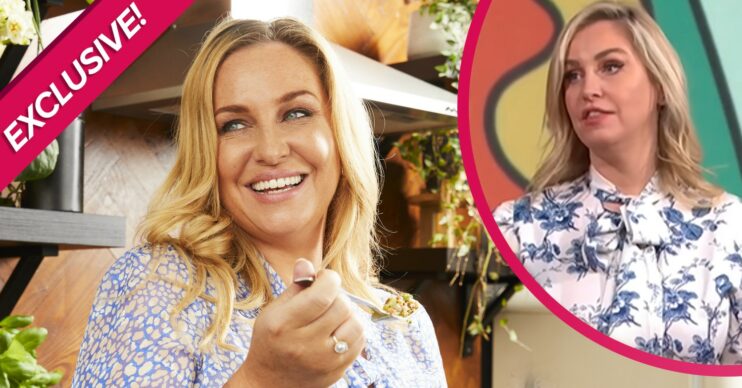 Josie opened up about whether she wants to begin dating

Josie Gibson has revealed that she “isn’t up to dating”, and confessed that she’s never been confident “in the love department”.

In an exclusive interview with ED!, the 36-year-old has now opened up about her love life, as well as her weight loss goals for 2022.

Josie Gibson opens up about her love life

Speaking to ED!, WW ambassador Josie has opened up about her love life, and why she isn’t confident in the “love life department”.

She said: “I don’t think I’ve ever felt confident in the love life department – I’m really not good at it!

“I mean, there’s no department there to feel confident in.”

However, the This Morning star confessed that she would like to be taken out on a date.

“I wouldn’t mind someone taking me out for a meal, but I don’t think I’m up to dating,” she said.

How have her weight struggles affected her love life?

Despite her weight struggles in the past, Josie revealed to us that they’ve never held her back from dating.

She revealed: “I will be honest, I did get more attention at different weights I have been.”

The telly favourite then admitted that she’s just too busy to be going out on dates and focusing on her love life at the moment.

“With working and Reg [her son] it’s hard,” she said when asked if she was open to dating.

When asked about her weight loss goals for 2022, Josie revealed that she has some clear ones in mind.

“I would like to get about 12 stone 14lbs,” she said. “The main thing is that I’m not going crazy with it – I’m strong, I’m fit, I’m healthy and I’ve got a spring in my step. I just want to feel good within myself.”

Josie then admitted that she was happy with the weight she’s lost so far.

“I’ve not been depriving myself and I’ve not been restrictive,” she said. “I’ve just made really good choices, which can be hard because I’m travelling around and looking after a little boy.”

Read more: This Morning fans demand Josie takes over from Alison and Dermot as she returns to show

The mum-of-one admitted that going on a diet can be “quite tough”, which meant that she couldn’t do a “restrictive” diet. She also confessed that it’s a lot harder to stay on track with diets now she has Reggie.

“Before I had Reg all my time was my own, but now I’ve really got to schedule in when I do training or going to the gym,” she said. “The hardest thing is time and organisation.”

But Josie said that she is feeling more confident in herself since beginning her diet. “When you’re eating the right stuff and feel good, you are more confident, and you feel good in yourself,” she said.

With the new WW PersonalPoints Programme you’ll NEVER feel ‘hangry’ as it’s designed just for you, so you can live your fullest life, enjoying the foods you love with no restrictions or deprivation, whilst still losing weight.