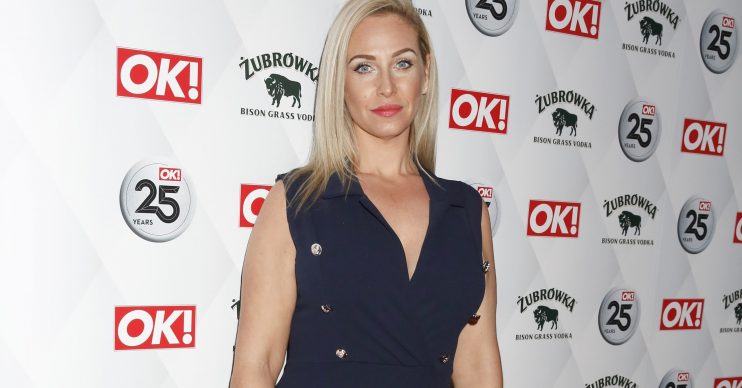 She's had quite the transformation

Big Brother star Josie Gibson has unveiled her slimmer figure in a revealing swimsuit, after losing over two stone.

The 34-year-old flaunted her impressive curves in a low-cut tiger print costume and fans were stunned at her slimmed down body.

Josie was enjoying a holiday in Cyprus with eight-month-old son Reggie, who she has with ex-partner Terry.

She was feeling body confident after her shrinkage and decided to share a pic, which also included adorable Reggie in a matching pair of trunks and shades, with fans.

The new mum, who has been on a weight loss mission since the start of the year, told her fans: “God bless @riverisland swimsuits for making me and Reggie twin in his @sainsburys swim suit!! 🤣🤣🤣🤣 and God bless @fakebakeunited for hiding the fact that I’ve been on a two week holiday and I was still a pasty bugger lol.”

Josie also passed comment on her low-cut swimwear and said she didn’t have time to adjust anything before taking the shot, because she was too busy trying to get her son to hold still for the photo.

She wrote: “Last thing on my mind is putting my titties into place when you’re trying to get a baby to look at the camera 😂😂.”

But pals and fans thought she looked fab, considering she gave birth eight months ago!

Others applauded Josie for not airbrushing her shot.

One of Josie’s followers added: “This is how real women look who have breast fed their children and not been air brushed to within an inch of their lives , good on you, you’re a brilliant mum xx.”

Another commented: “Love it!!! Looking gorgeous.”

A third insisted: “Refreshing to see a real picture x.”

Josie is certainly all about keeping it real. She also revealed she had forgotten her tanning mitt to apply fake tan during her holiday, so she resorted to using a NAPPY!

She admitted on her Instagram Story: “I forgot my tanning mitt. New beauty hack, it goes on well with a nappy!”